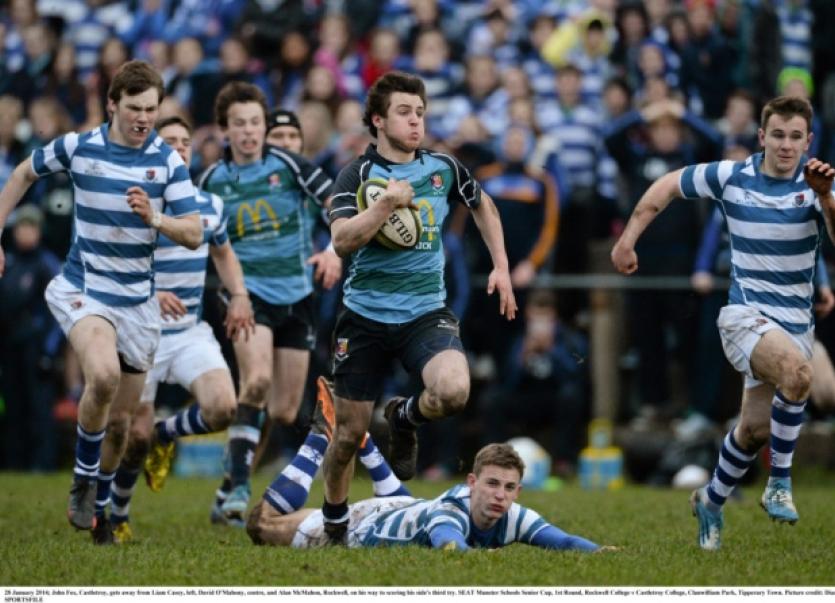 The draw for the Munster Schools Senior Cup quarter-finals was made after the last of the preliminary round games were completed in Rosbrien.

The draw for the Munster Schools Senior Cup quarter-finals was made after the last of the preliminary round games were completed in Rosbrien.

Four games were played this week across the province with the winners all earning a home quarter-final against one of the sides beaten in the opening round.

Champions Crescent lay down a marker with an impressive 39-0 win over CBC on Wednesday and they will face Cork opposition again in the quarter-final when they host PBC. PBC drew 8-8 with St Munchin’s in Musgrave Park but the Limerick school were deemed winners by virtue of scoring the game’s first try.

St Munchin’s will face Rockwell in their quarter-final, a repeat of last year’s semi-final which the Tipperary school won and of the 2012 decider, also won by Rockwell. They were beaten 20-13 by Castletroy College on Wednesday, who will now entertain Glenstal in the quarter-final. Glenstal pushed Ardscoil Ris all the way on Thursday before going down 17-13.

Ardscoil, who are also chasing hurling glory in the Harty Cup, will place CBC. Games will be played on Tuesday/Wednesday/Thursday, February 11/12/13. A draw will also be made for the semi-finals, unless there is a scenario whereby teams have already met. Repeat meetings from the first round cannot re-occur until the final.

The quarter-final draw in full is: