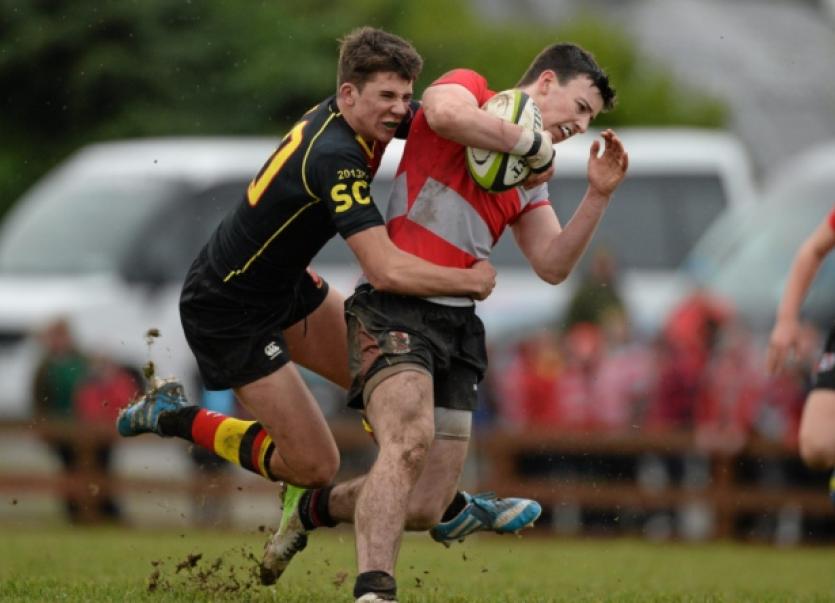 Ardscoil Ris booked themselves a home quarter-final in the Munster Schools Senior Cup on Thursday afternoon thanks to a 17-13 win over Glenstal in Rosbrien.

Ardscoil Ris booked themselves a home quarter-final in the Munster Schools Senior Cup on Thursday afternoon thanks to a 17-13 win over Glenstal in Rosbrien.

Glenstal came into the game as massive underdogs but they really put it up to their fancied opponents and two first-half penalties from Jack Stafford had them 6-0 up after 22 minutes.

The game turned in Ardscoil’s favour a couple of minutes later though. A massive scrum from the powerful Ardscoil pack saw them win possession against the head and Number 8 Kelvin Browne ran 20 metres for a fine try. David O’Mahony landed a tricky conversion and just before the break he added a penalty to leave Ardscoil 10-6 up at half-time.

And the North Circular Road outfit stretched their lead within a minute of the restart. Winger Liam Brock won the kickoff and Ardscoil went through the phases before impressive full-back Stephen Fitzgerald went over in the corner. Again O’Mahony landed a difficult conversion to put Ardscoil 17-6 clear.

To Glenstal’s credit, they refused to give in and were rewarded with 20 minutes remaining when hooker Matthew Ryan got a try under the posts. Stafford duly tapped over the conversion but he missed a penalty shortly after and Ardscoil did enough to run out four-point winners.

For more on this game see Monday’s print edition of the Limerick Leader.