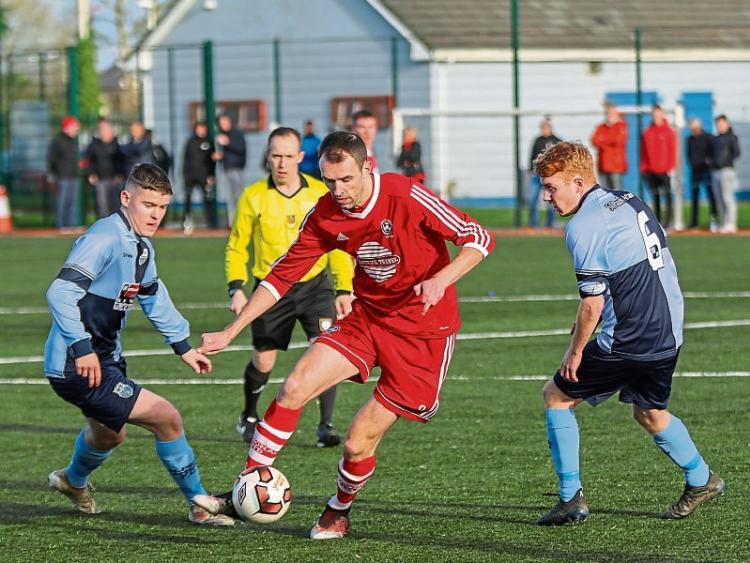 Limerick’s seven remaining sides in the Munster Junior Cup attempt to reach the last 16 of the Provincial tournament this weekend and hopes are high that we will have a good representation in round four.

On Saturday, Prospect face a difficult assignment when they travel south to take on Pearse Celtic.

Pearse top the Cork AUL although they have played three more games than second placed Knocknaheeney. On a more promising note for the Limerick side, Pearse fell 4-1 to Grattan at the weekend.

Limerick’s record in Cork has been good over the years but Prospect will not get things easy. A win against Lisnagry on Sunday barely eased the pain of a 5-0 defeat to Aisling in the Tuohy Cup last week.

Pike Rvs , current holders of the competition after beating Janesboro in last season’s final, should have a bit to spare against Cork Division One side City Wanderers.

City will be a new proposition for Pike after the beat St John Bosco to reach this stage of the competition.

Despite bowing out of the FAI last week, Pike will be fully focused on trying to retain their title and should prove much too strong for the visitors.

Another Cork side provides the opposition when Geraldines host Douglas Hall. Douglas ply their trade in the Munster Senior League and lie fourth in their Junior Premier League. They come into the game on the back of a 2-2 draw with Leeds.

Geraldines went down 3-0 to Pike Rvs last weekend but put up a good performance before being broken down.

A 3-0 win for Douglas against Leeside in the previous round should put Geraldines on guard but the Limerick side should have enough in store to progress.

Surprise packets Holycross have a great chance of progressing when they host Clare side Sporting Ennistymon.

The visitors lie just below mid table in the Clare Premier League but will be buoyed by a 5-0 cup win over Rineanna Rvs at the weekend.

Holycross had a good 2-1 win over Murroe in the Lawson last week so spirits are high in the club after the disappointment of last season.

Regional will barely have time to celebrate their win over St Pauls in the FAI last Sunday before they face another daunting task on Sunday with a trip to Tipperary side Peake Villa. Peake will pose a serious threat to Regional’s good run. The Tipperary side lie just behind St Michaels at the top of the Tipperary South Premier League.

Ballynanty also face a difficult game when they visit Killarney Celtic. The home side lead the way by 11 points in Kerry although closest rivals Castleisland have three games in hand.

Killarney beat the aforementioned Castleisland in the previous round of the competition with ease and will be a big hurdle for Balla to overcome.

The ‘Blues’ beat Nenagh in the league and seem to be coping with the loss of Jason Hughes to Limerick FC.

In the final Munster game Kilmallock travel to take on an Avenue side that are lying just behind Newmarket in the Clare League.

The Ennis side will go into the tie as favourites and Kilmallock’s 6-1 defeat to Newport last weekend will do little for the Limerick side’s confidence.

The Munster Youth Cup shares the spotlight with three local sides in action.

The Lawson Cup continues with Janesboro favoured to advance on their trip to Kilfrush. The County side will provide a tougher opposition than some of ‘Boro’s recent outings so caution is advised. Both teams are prolific scorers which should help keep things interesting.

Aisling are back in cup action when they welcome Knockainey. Both sides advanced to this stage at the weekend with wins over Pallasgreen and Carew Park respectively.

Aisling’s hard earned win over Pallas will save them from being complacent this weekend.

In the Premier League focus is on foot of the table with Carew Park hosting Nenagh and Charleville welcoming Fairview Rgs with points a must for both home sides.

Tonight (Wednesday) we will find out one of the teams to contest this season’s Tuohy Cup final when Janesboro take on Aisling in what promises to be a good game.