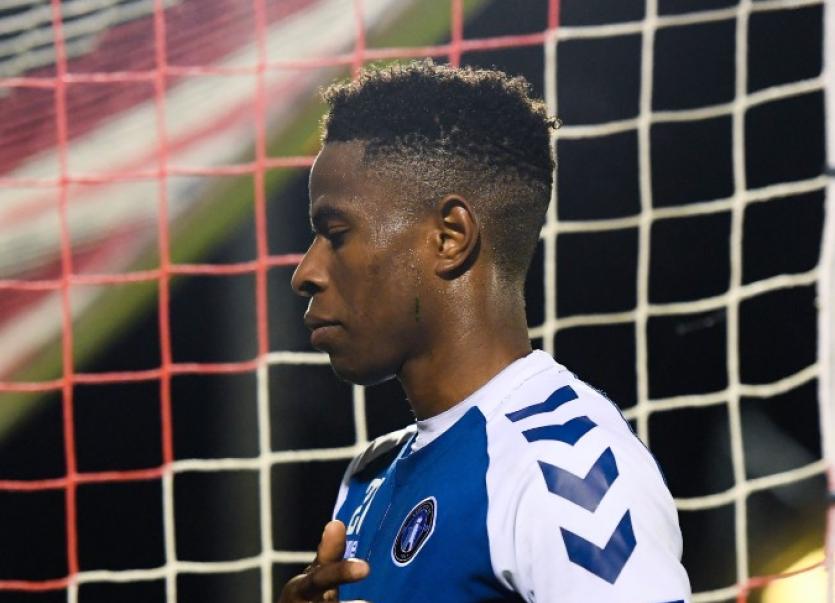 Limerick FC are in discussions with Derry City star Barry McNamee about bringing him to Shannonside, but may lose Chiedozie Ogbene to England in January.

The Blues just confirmed Premier Division survival thanks to their two-all draw against Galway United on Friday, but preparations for 2018 are already in full flow.

McNamee (25) has been a key player for the Candystripes since 2013 and would be a real coup for Neil McDonald. should he land the midfielder.

The Blues will have to overcome interest from St. Patrick’s Athletic and Shamrock Rovers to sign the Donegal native, but it’s understood McNamee is open to a move to the Markets Field if the terms are right.

However, Limerick may struggle to hold onto speedster Ogbene as interest grows from across the water.

No formal bid has been made for the 20-year-old, but a number of clubs have expressed their interest to the board over the last few weeks. Ogbene is signed through 2018 and a transfer fee is required, should he depart.

Along with Ogbene - Brendan Clarke, Freddy Hall, Tony Whitehead, Barry Cotter, Killian Brouder and Henry Cameron are all contracted for next season.

McDonald will sit down with his squad in the next few days to decide who stays and who goes.