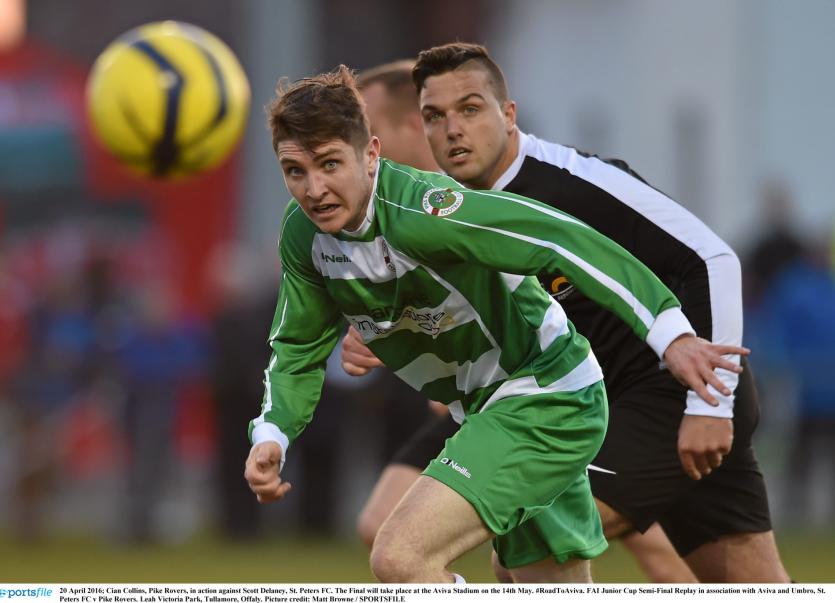 Pike Rovers regained top spot in the Premier League with a hard earned win over Aisling in Annacotty on Tuesday night.

As with the other Premier ties, the use of the extended squads was in full force with most of the sides in action struggling to get a full side out.

Unperturbed, Pike went about their business and won 1-0 thanks to a second half penalty from Cian Collins.

The home side finished the game with ten men but still put up a good fight despite ending the game pointless. 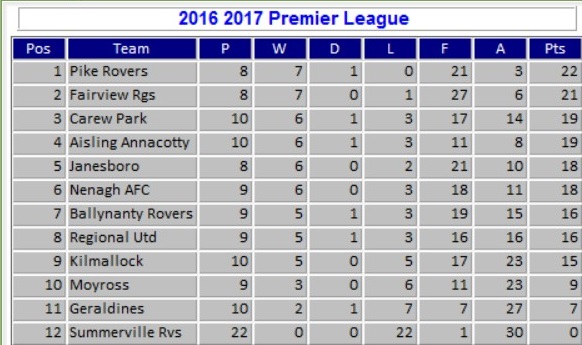 Sam Gleeson proved the hero of the night when his 89th minute goal sealed the 4-3 win for Regional.

Ollie O'Driscoll put the visitors in front but Derek Daly levelled before the break.

Dermot Fitzgerald headed Balla in front after the restart but shortly after Andy Cowpar again equalised.

Dan Lucey  and O'Driscoll traded goals and with a share of the spoils looking likely Sam Gleeson crossed in from the right and the flight of the ball caught the home keeper.

The other Premier game saw Kilmallock make the long journey to Nenagh a worthless trip as the home side won 1-0 thanks to a powerful Alex Gardos header.