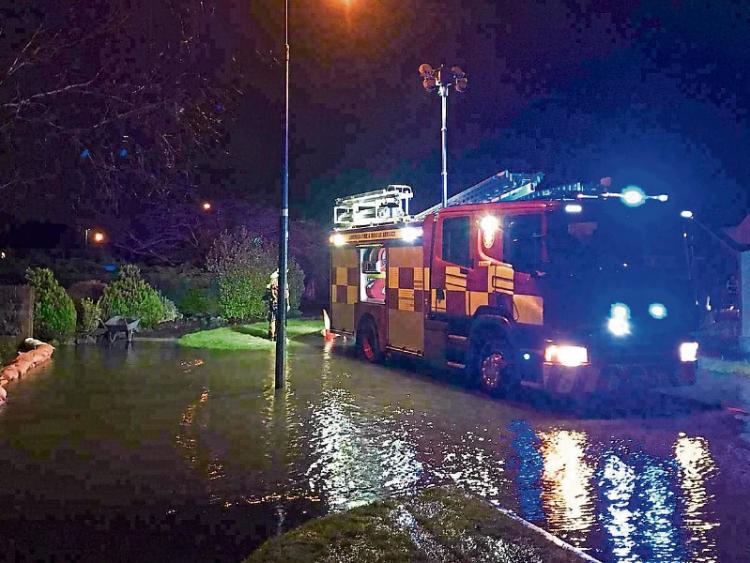 Two units of Limerick Fire and Rescue were deployed at 6.40pm

TWO units of Limerick Fire and Rescue from Mulgrave Street have been deployed to the Westbury estate in Corbally to help pump water from a number of houses which have been flooded.

The alarm was raised this Monday evening following several hours of heavy rainfall. It’s thought around ten houses in Annavilla Grove have been affected but the extent of the flooding is unclear.

Clare County Council requested the assistance of Limerick Fire and Rescue at 6.40pm and two unit remains in the area.

Separately, gardai from Henry Street say they were alerted to a flooding incident near the pitch and putt club at Ardnacrusha around the same time. However, there are no reports of any serious incidents.

A status yellow rain warning for County Clare remains in place until 5am on Tuesday while a weather advisory for Limerick remains in effect until 6pm on Tuesday.