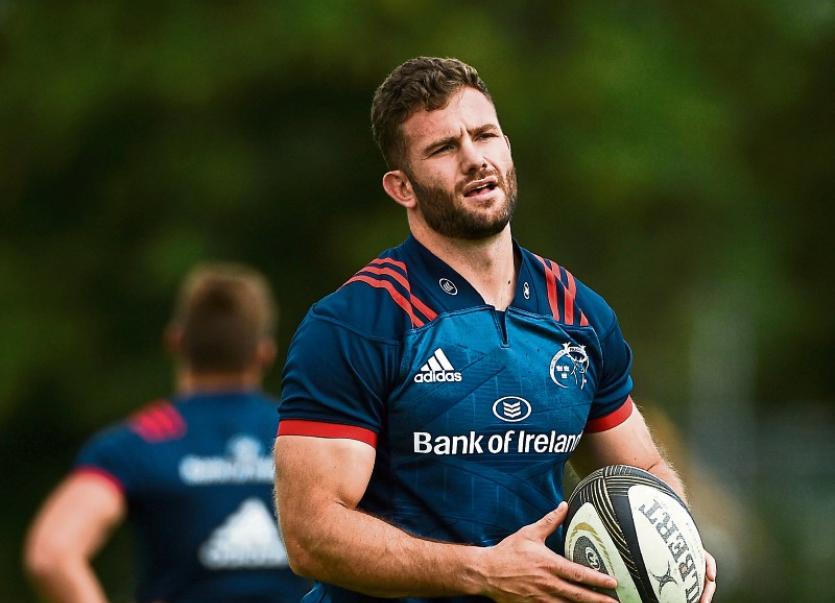 Captain in the Centre, Jaco Taute

The Munster side has been named for Friday night’s Guinness PRO14 clash against Ulster at the Kingspan Stadium (7.35pm, live on eir Sport and Premier Sports).

Springbok Jaco Taute will captain the Munster side for the first time as Head Coach Johann van Graan makes 13 changes to his side.

Mike Haley is named at full-back once again with Darren Sweetnam returning from an injury sustained on international duty to start on the right wing with Alex Wootton on the opposite flank.

Sammy Arnold keeps his place at outside centre and partners Taute in midfield with Alby Mathewson and JJ Hanrahan in the half-backs.

Jeremy Loughman, Kevin O’Byrne and Stephen Archer pack down in the front row as Jean Kleyn returns from injury to partner Darren O’Shea in the engine room.

Conor Oliver makes his first start of the campaign having missed the opening months of the season through injury and is joined in the back row by Fineen Wycherley and Arno Botha.

Fit-again Tommy O’Donnell is among the replacements along with Academy duo Gavin Coombes and Shane Daly.