WATCH: Munster players on sweltering heat in Bordeaux ahead of Champions Cup semi-final 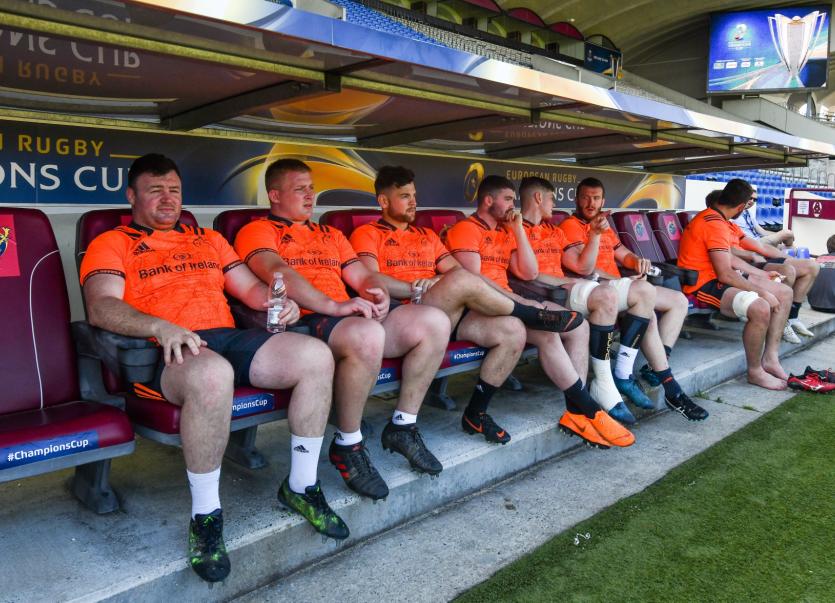 Munster players take time out in the shade during their captain's run at the Stade Chaban Delmas, Bordeaux on Saturday evening

THE sweltering temperatures in Bordeaux was the main topic at Munster's eve of match captain's run at Stade Chaban Delmas in Bordeaux on Saturday evening.

Temperatures soared into the mid 80s as the Munster squad took the pitch for their traditional eve of match captain's run.

Water breaks are being considered by match officials during Sunday's mammoth Champions Cup semi-final clash with Racing 92 which has a kick-off time of 3.15pm local time. Live BT Sport.

Munster will be looking to reach their first Champions Cup decider in 10 years when locking horns with the French Top 14 giants in the South West of France.

Munster will be aiming to improve on their poor run of form in Champions Cup semi-finals as the Irish province has lost all five of their most recent semi-final appearances.

Visitors Munster are likely to dominate the attendance at the game, outnumbering their Racing 92 counterparts by three or four to one.

Munster number eight Stander said: "Yeah look, we've always been privileged enough as a team to have unbelievable supporters, and they always follow us.

"In South Africa there was probably 200 of them and to make a trip like that was unreal.

"We don't expect it week in, week out but they pitch up every week to support us so we're looking forward to the supporters making the stadium red tomorrow.