Game Over Ball Burst : FYI - The Women's Rugby World Cup is not about men 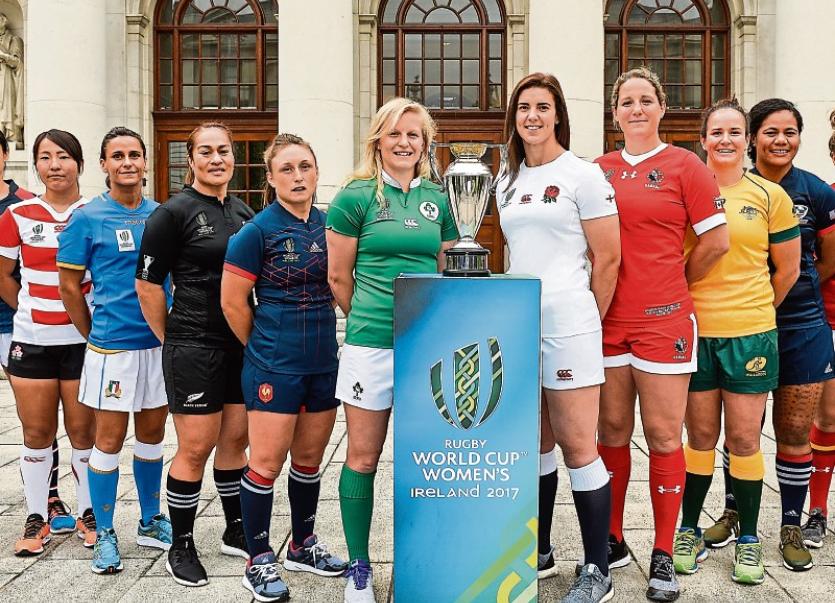 Team captains at the launch of the Women's Rugby World Cup

IN CASE you have been living under a rock, let me tell you that the Women's Rugby World Cup is taking place in Ireland this month.

The tournament, which kicked off this week in UCD, sees Ireland host a 12 team tournament with the knock stages taking place in the Kingspan Stadium in Belfast.

Limerick is well represented in the Irish set up with former Munster/Leicester Tigers and Ireland scrum half Tom Tierney as the head coach.

The former Garryowen nine has included five UL Bohemian stars in his squad which takes part in a Pool that includes Australia, Japan and France.

Limerick garda Niamh Briggs was originally named as captain, before an Achilles injury ruled the full back out of the tournament. Briggs' replacement was another UL Bohemian, Louise Galvin, who joins team mates Anna Caplice, Ciara Griffin, Eimear Considine and Nicole Cronin on the panel.

Maybe it is because UL Bohemian RFC have been such a dominant force over the years in women's rugby, or maybe it is just that we here at the Limerick Leader have covered women's rugby for some time now, but I have been amazed this week by the coverage of the Women's World Cup, particularly in the national media.

You might have noticed this yourself. About two minutes after every ‘Women's World Cup’ segment is started, the converstaion will, for some reason, turn to how this year's tournament will be a great pathway for Ireland to show that they could host the Men's Rugby World Cup.

The next line will often mention how great it is to have the use of UCD as a venue. A facility that could be used by teams as a base for the Mens World Cup.

Narrative number three is the fact that the knock out stages are to be held in Ulster. Highlighting how the ‘island’ is united in its passion for rugby and how that will help the Men's World cup bid. Do you see the theme here?

For once lads, it ain't about you, it's about the phemonenal amateur athletes who have sacrificed so much of their lives to represent their country and yes, they are women too.