Munster Schools Rugby - Crescent captain Lyons is ‘over the moon’ 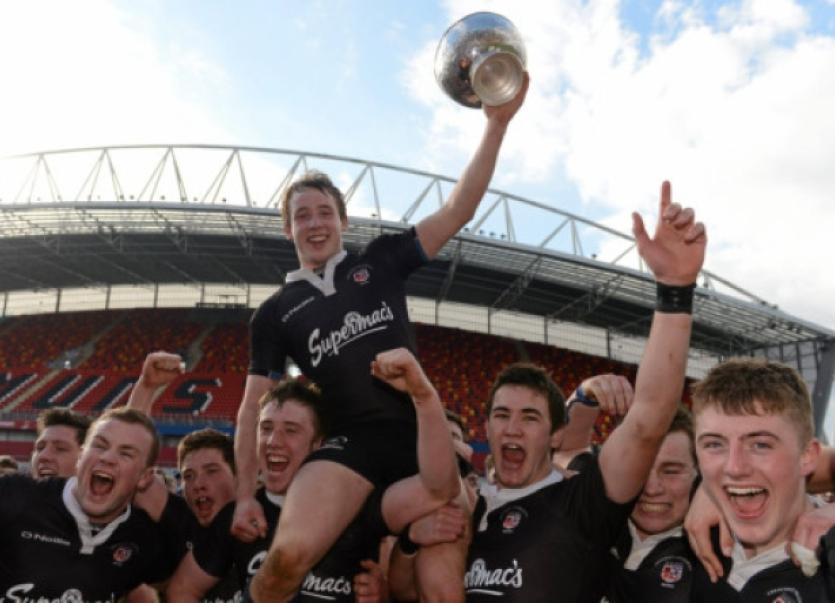 CRESCENT College Comprehensive out-half, Gearoid Lyons admitted to feeling ‘over the moon’ after captaining his side to a first Munster Schools Senior Cup final success for 19 years.

CRESCENT College Comprehensive out-half, Gearoid Lyons admitted to feeling ‘over the moon’ after captaining his side to a first Munster Schools Senior Cup final success for 19 years.

Lyons contributed a magnificent personal haul of 17 points with the boot, as Crescent College ended Rockwell College’s bid for a three-in-row at Thomond Park.

Lyons said: “I am over the moon. I cannot really describe how I am feeling. It is the best feeling I have ever had in my life. It’s amazing.

“It is great to be part of such a great team. Thank God, we ended the drought at this level.

“The character we showed to win the semi-final replay against CBC so late on brought us to where we are now. I am delighted.

“We were confident we could beat them, although Rockwell had beaten us earlier on in the Cup.”

Crescent College coach, Conan Doyle admitted it was a day when everything clicked for them.

“It is great for this squad. There had been a lot of talk about the school not winning the Senior Cup for 19 years,” Conan Doyle agreed.

“But these lads had won everything they had played in. For them, they had that confidence. They knew they were well capable of winning it.

“It was a very, very tough battle after a quick turnaround with six days from the semi-final replay. I suppose everything clicked for us today. Gearoid (Lyons) was superb. He kept the scoreboard ticking over. It wasn’t an easy thing to do under such pressure.

“It is very hard for an opposition team when the kicker is landing his kicks like that all the time. It makes it hard. For our lads, it gave them a huge lift.

“Gearoid and Gary (Fitzgerald), at nine, controlled the game. All the backs succeeded in playing the game in the right areas. They did all the right things.

“The forwards won the battle up front. They did what they had to do. The lads off the bench were terrific too.

“The back-row was terrific. Diarmuid (Dee), Jack (Dinneen) and Jay (Kavanagh) are superb players. They gelled well together.

“Credit to our lads. They kept their heads and didn’t let the momentum swing at all when Rockwell had a player sent off.