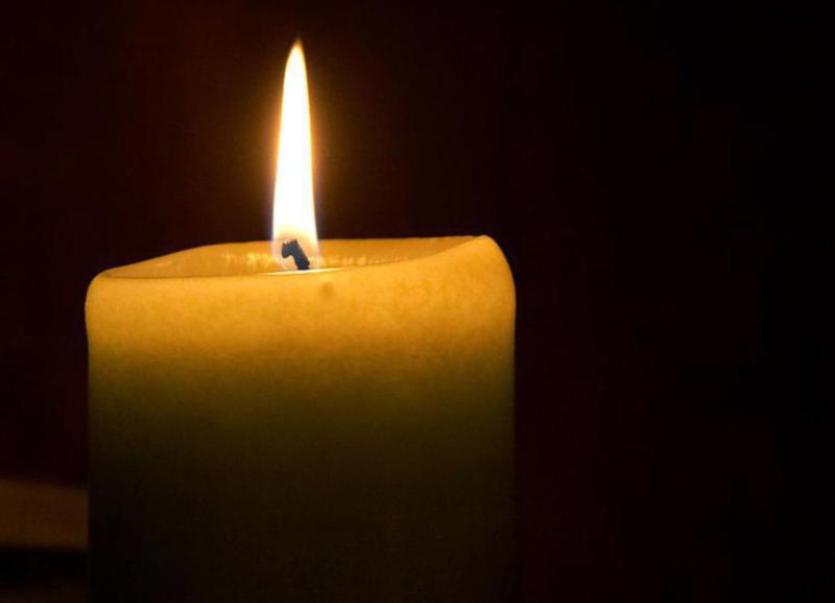 Removal from Tierney's Funeral Home, Roscrea, on Tuesday (July 14) at approximately 9.30am arriving at St. Cronan's Church for Funeral Mass.

The death has occurred of Barry Sheahan of St Francis Avenue, Askeaton.

Predeceased by his father Tomás and mother Betty.

Reposing at his residence on Monday evening from 5pm to 9pm with remains arriving at St Mary's Church on Tuesday for Requiem Mass at 12 noon.

Family flowers only, donations, if desired to UHL Oncology Centre.

Requiem Mass (confined to family and close friends) on Tuesday (July 14) at 12 noon in Our Lady Queen of Peace Church, Janesboro, followed by burial afterwards in Mount St. Oliver Cemetery.

Predeceased by his brothers Jack and Dan and sisters Josie and Maureen.

Removal on Tuesday from his residence to the Church of Our Lady of the Snows, Broadford for Requiem Mass (strictly private) at 12.30pm. Burial afterwards in Springfield Cemetery.

The funeral cortege will travel from his residence to the Church, via Gleann na gCapall, for those who wish to line the route.

Requiem Mass will take place at 11.30am on Monday (July 13) in St. Joseph’s Church Castleconnell.  It will be streamed online  and will be broadcast on radio at 106.3FM .

The death has occurred of Michael G. Ryan of Foxrock, Dublin. Formerly of Limerick and late of Dan Ryan Truck Rental.

Husband of Linda and the late Margaret and loving father of Suzanne, Gráinne and Roisín.

A private family funeral will take place at 11.30am on Monday (July 13). It can be viewed online here.

Requiem Mass (strictly private) will take place at 11am on Monday (July 13) in St Mary's Church.

No flowers please, donations, if desired, to Milford Care Centre.