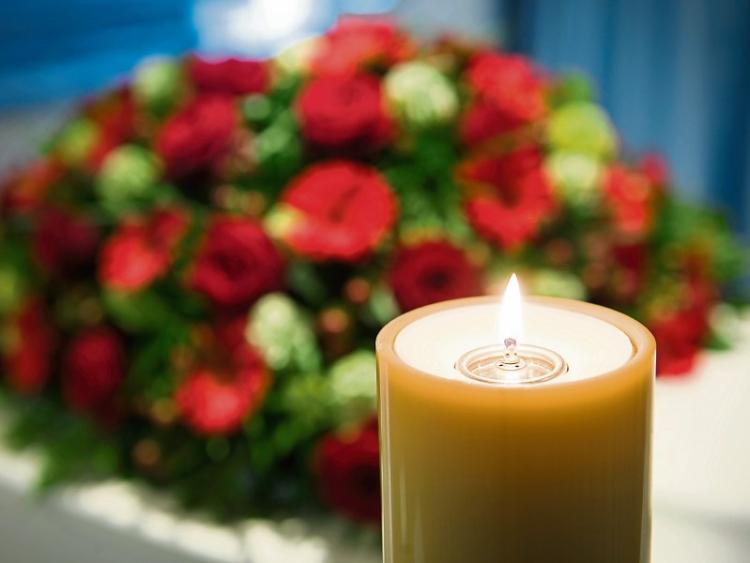 The death has occurred of Rita O'Connell (née Ryan) of Raheen, Limerick.

Beloved wife of the late Stephen O’Connell. Sadly, missed by her daughters Lorraine and Marie & only son Derek, and her Fluffy four legged Friend "Bunty", extended family and friends.

Rita’s Funeral will be private to immediate family only with a celebration of her life to take place with family and friends in due course.

Due to Covid-19 restrictions, a private funeral will take place in New York.

A Memorial Mass will be celebrated for Bridie in Abbeyfeale at a later date.

Private funeral will take place given the current restrictions.

Funeral is private for immediate family only.

A memorial Mass to celebrate Tess's life will be held at a later date.

The death has occurred of Linda Henry of Dooradoyle, Limerick.

Daughter of the late Colm. Very deeply regretted by her mother Carmel, children Cian, Claire, Sean and Aine, brothers Barry and Roy, sister Tara, other relatives and many friends in particular Liz.

A private funeral will take place given the current restrictions.

In accordance with the current Health and Safety guidelines a private funeral will take place.

Predeceased by her brothers Patrick, John, Joseph and sister, Mary Minihan. Survived by her sister-in-law, Maisie.

A private funeral is to be held with a memorial Mass at a later date.