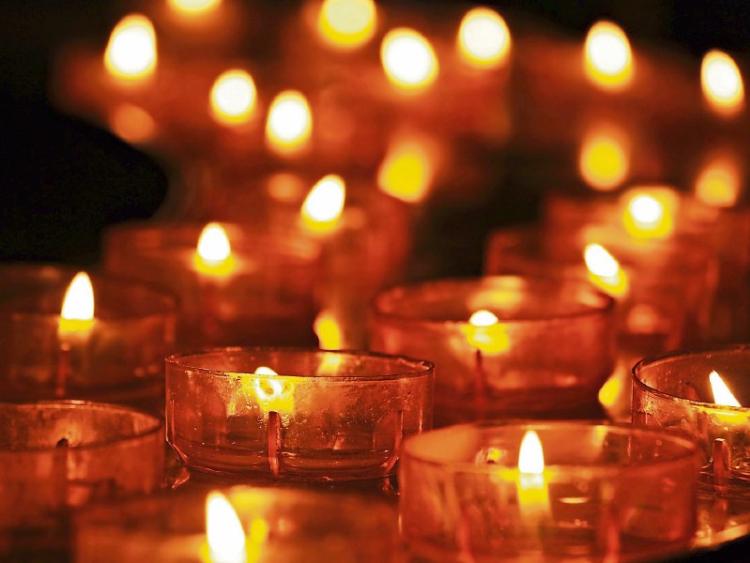 The death has occurred (peacefully at UHL, in her 101st year) of Mary Frost (née Hanly) of Dysart, Askeaton.

Predeceased by her husband Mick and her brothers Timmy, Fr Willie SAE and John, sisters Philomena (Peggy), Bridie and Josie.

Reposing at Robertstown Church (near Foynes) on Friday from 6pm to 8pm with Requiem Mass on Saturday (January 11) at 12 noon.

Family flowers only – Donations, if desired, to a charity of your choice.

Predeceased by her sister Pat. Beloved mother of Brian and Shane and much loved mother in law of Jacqueline and adored grandmother of Saoirse.

Reposing at Massey Bros. Funeral Home, 5 Newtown Park, Blackrock, A94 X308 on Friday between 5pm and 7pm with Removal on Saturday to Our Lady of Good Counsel Church Johnstown, Killiney for 10am Requiem Mass.

The death has occurred of Pat Lane of Corgrigg, Foynes.

Predeceased by his Son Trevor. Beloved husband of Ann and much loved Father of Adrian, Gillian and Caroline.

Reposing at his residence (Eircode V94 W9RT) on Saturday from 4pm to 7pm with removal to Foynes Church.

Family flowers only please  -  Donations if desired to a charity of your choice.

The death has occurred of John McCarthy of Gortmore, Broadford, County Limerick.

Predeceased by his wife Bridie and son-in-law Noel Dennehy.

Reposing at his home (Eircode P56 PW31) on Saturday from 2pm to 7pm with removal on Sunday to St. Mary's Church, Feohanagh for Requiem Mass at 12.30pm.

Reposing at Blake Manor Nursing Home on Friday from 5pm to 7pm.  Arriving on Saturday (January 11) at St Colman’s Church, Ballindereen, for 12pm Mass, followed by interment in Drumacoo Cemetery.

Beloved husband of Martina and dearly loved father of Olivia. Son of the late Michael and Margaret. Brother of the late Noel, Olive and Anthony.

Reposing at Thompson’s Funeral Home, Thomas Street, this Sunday (January 12)  from 4.30pm to 6pm followed by removal to Our Lady Queen of Peace Church, Janesboro.

Requiem Mass on Monday at 11am followed by burial afterwards in Mount St. Oliver Cemetery.

Reposing at Harnett’s Funeral Home, The Square, Abbeyfeale on Sunday (January 12) from 5pm followed by removal at 7pm to The Church of The Assumption Abbeyfeale.

Requiem Mass on Monday at 11am will be followed by cremation on Tuesday at 3pm at Shannon Crematorium.

Beloved wife of the late John and dearly loved mother of Joe, Michael, Sean and Margaret.

Requiem Mass on Friday at 11.30am at the Blessed Virgin Mary Church, Patrickswell with burial afterwards in Patrickswell New Cemetery.

The death has occurred (at Moorehall Lodge, Ardee) of Maura O'Dwyer (née Kelly). Formerly of Riverstown, Ardee and Curraghpoor, Tipperary, Late of Limerick.

Predeceased by her husband Gerard and deeply regretted and mourned by her sons John and Michael (Limerick), daughters Mags (Murray) and Berna (Dublin), daughters-in-law Kathleen and Mary, son-in-law Eugene, grandchildren, sister-in-law Mary, nieces, nephews and a wide circle of friends.

The death has occurred (peacefully at UHL) of Mary Agnes Murphy of Marian Park, Patrickswell, Limerick. Formerly of Ardfert, Kerry.

Requiem Mass on Friday at 11.30am at Blessed Virgin Mary Church, Patrickswell with burial afterwards in Patrickswell New Cemetery.

Reposing on Friday (January 10) at Healy's Funeral Home, Glin (V94C3C6) from 5pm with removal at 7.30pm to The Church of the Immaculate Conception, Glin.

Requiem Mass on Saturday (January 11) at 12 noon with burial in the adjoining cemetery.

The death has occurred of Esther Flynn (née Ryan) of Foynes, Limerick.

Requiem Mass on Friday at 12 noon at Foynes Church with burial afterwards in Robertstown Graveyard.

The death has occurred (peacefully, following an ilness) of Donal (Donie) Curtin of Devon Road, Templeglantine.

Beloved husband of Breda and loving father of Marguerite (Power) and Michael.

Requiem Mass on Friday at 11am at The Church of The Most Holy Trinity Templeglantine with burial afterwards in the adjoining cemetery.

The death has occurred of Anna Costello of Turraree, Glin, Limerick.

Requiem Mass on Friday (January 10) at 12 noon at The Church of the Immaculate Conception, Glin with burial afterwards in Kilfergus Cemetery, Glin.