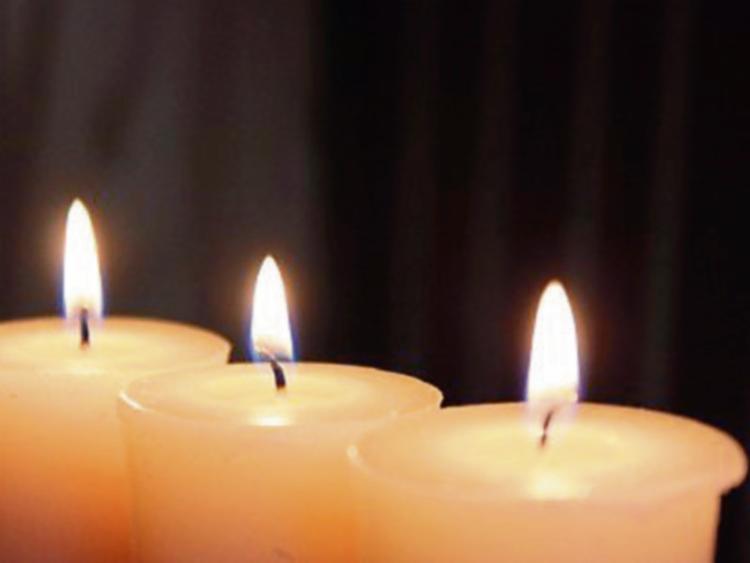 The death has occurred (peacefully at University Hospital Kerry) of Michael (Mike) Barry of Caherlane, Abbeyfeale.

Reposing at Harnett’s Funeral Home, The Square, Abbeyfeale on Saturday from 5pm followed by removal at 8pm to The Church of The Assumption Abbeyfeale.

Reposing at Milford Care Centre on Saturday from 5pm to 7pm with Funeral Mass on Sunday at 11am at St John The Baptist Church, Hospital.

Family flowers only, donations, if desired, to Parkinson's Society and Milford Care Centre.

The death has occurred of Mary McEnery (née Kennedy) of Lisamote, Adare.

Predeceased by her sister Maggie, brothers Dan, Mark and Kieran.

Reposing at O'Grady's Funeral Home, Ballingarry (V94TW13) on Saturday (December 21) from 5pm to 7.30pm arriving at The Church of The Immaculate Conception Ballingarry at 8.30pm.

Requiem Mass on Sunday at 1pm with burial afterwards in the adjoining cemetery.

Predeceased by her husband Seamus and her daughter Sarah (Gleeson). Deeply regretted by her son James, her son in law Conor, daughter-in- law Fiona, her grandchildren Darragh, Cleo, Caoimhe and Ellis, her brother Jim (Dublin); her sister Mairin (Ballylanders), sister-in-law Bernadette and brother-in-law Gerry, nephew and nieces and a wide circle of friends.

Reposing at John McCarthy and Sons Funeral Home, Kilfinane on Friday from 6.30pm. to 8.30pm with Removal to Saint Andrew’s Church, Kilfinane.

Funeral Mass on Saturday (December 21) at 11.00am with urial afterwards in Kilfinane Old Cemetery.

The death has occurred (peacefully at St Ita's Hospital) of Michael Woulfe of Coole, Ballyhahill, Limerick.

Deeply regretted by his cousins, the Collins family, neighbours and a large circle of friends.

Requiem Mass on Friday (December 20) at 12noon at Ballyhahill Church with burial afterwards in Kilfergus Cemetery.

Requiem Mass on Friday at 10am at St Mary’s Church Athlunkard Street with cremation afterwards in Shannon Crematorium.

No flowers please. Donations, to a charity of your choice.

The death has occurred of Thomas (Tom) O'Connor  of 61 Roundwood Estate, Rosbrien, Limerick.

Requiem Mass on Friday at 11.30am at Our Lady of Lourdes Church, Childers Road with burial afterwards to Castlemungret Cemetery, Mungret.

The death has occurred of James (Jim) Kennedy of Lucan, Dublin. Late of Pallasgreen, Limerick.

Beloved husband of Vising, dear father of Noriana and Patrick, devoted grandfather of Jimmy, Julia and Moya and brother of the late Celia.

Reposing at his home on Friday from 6pm to 8pm with Removal to St. Mary’s Church, Lucan on Saturday arriving for Requiem Mass at 10am.

Family flowers only, please - donations, if desired, to the Columban Missionaries.

The death has occurred of Christopher Hanafin of Embury Close, Adare. Previously of Askeaton.

Arriving at St. Mary’s Church, Askeaton for Requiem Mass on Friday at 12 noon.