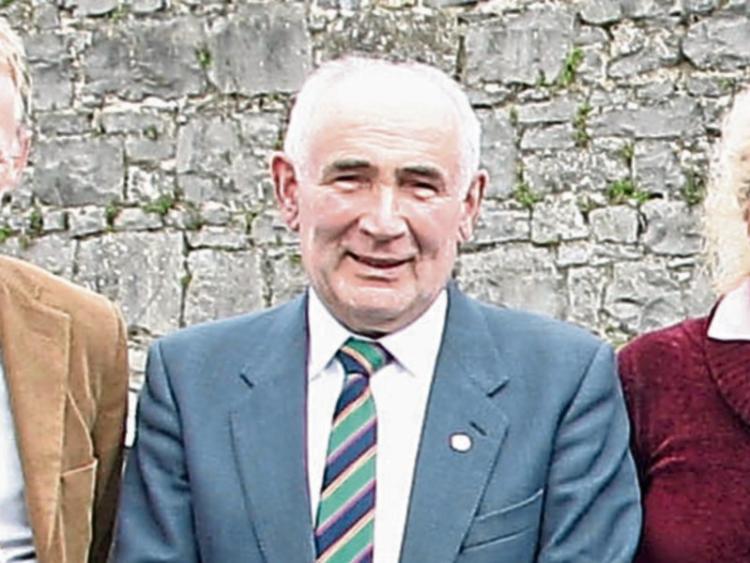 “A THOROUGH gentleman” is how former county councillor Michael Barry has been remembered following his death this Tuesday.

Mr Barry who lived in Kilmallock and was originally from Cappawhite, Co Tipperary served as a Fianna Fail county councillor for 20 years representing the Kilmallock area in the 1980s and 1990s.

Aged 82, he passed away at Milford Care Centre following an illness.

“I knew Michael in the old days, both in his capacity as a councillor and as an employee of the ESB. He was a lovely man,” said Deputy Willie O’Dea this Wednesday.

“When I was starting off many years ago and I was going forward for the National Executive he was very helpful to me and very supportive - a thorough gentleman. He couldn’t do enough for me even though I had only introduced myself to him at that stage, I hadn’t known him prior to that. It would have been around the 1970s and 1980s. He was very well-liked and a very calm individual - he wouldn’t be easily ruffled. A thorough gentleman and a great advertisement for Fianna Fail.”

Following his retirement from politics and from the ESB Mr Barry continued to show his interest in community affairs by remaining very active in the local social services. One of his proudest moments was when his grandson Barry Hennessy, who is the substitute goalkeeper with the Limerick senior hurling team, won an All-Ireland medal last year.

“I worked with him as well in Kilmallock Tourism Development, and over the last 15 years I would have been going to him for advice politically or in relation to community matters,” said Cllr Donegan.

Mr Barry will be reposing at Daffy’s Funeral Home in Kilmallock from 6pm to 8pm this Thursday evening with funeral Mass taking place on Friday at 3pm in Ss Peter and Paul’s Church in Kilmallock with burial afterwards in the local cemetery.