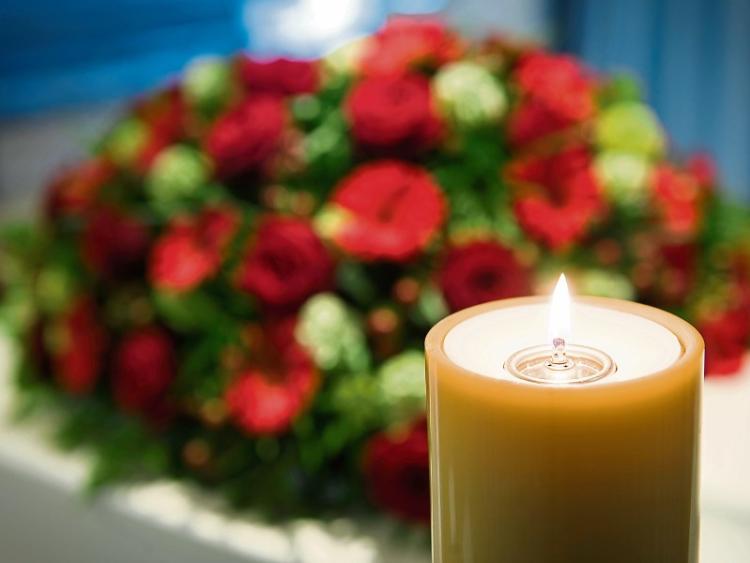 Sadly missed by his dear friend Dolores DeCourcy and his close circle of friends and neighbours.

Requiem Mass will take place on at Tuesday (May 21) at 2pm in St. Joseph’s Church, O’Connell Avenue witih cremation afterwards in Shannon Crematorium.

The death has occurred (unexpectedly at his home) of John (Jack) Cunningham of Croughafoil, Doon.

The death has occurred of Gretta Dawson (née O'Connell) of Carrickaroche, Galbally. Formerly of Knockainey.

Reposing at her daughter Margo Walsh’s residence at Ballcahill, Hospital on Sunday from 4pm to 8pm.

Funeral arriving at Galbally Church at 11.15am on Monday for 11.30am Mass with Burial afterwards in local Cemetery.

Reposing at Roche’s Funeral Home, Tournafulla on Sunday from 6.30pm followed by removal at 8pm to St. Patrick’s Church, Tournafulla.

Requiem Mass on Monday (May 20) at 11am with interment afterwards in Tournafulla Cemetery.

The death has occurred (suddenly at Milford Hospice) of Nóirín Harnett (née Ryan) of Laught, Lisnagry.

Requiem Mass at St. Patrick's Church, Ahane, on Sunday at 10am with burial afterwards in Killeenagarriff Cemetery.

Donations in lieu of flowers, if desired, to Milford Hospice and the Oncology Unit of UHL.

Reposing at her residence in Dirreen, Athea on Sunday (May 19) from 4pm-8pm with Requiem Mass at 12noon on Monday at St. Bartholomew’s Church, Athea. Burial Afterwards in Holy Cross Cemetery, Athea.

The death has occurred (peacefully at UHL) of Margaret (Peg) Lynch (née Meaney) of Ballinacourty, Lisnagry.

Requiem Mass at St. Joseph’s Church, Castleconnell on Sunday, (May 19) at 11.30am with burial afterwards in Stradbally Cemetery, Castleconnell.

Family flowers only, donations, if desired, to Alzheimers Society.

Requiem Mass at Our Lady of the Rosary Church, Ennis Roadon Monday (May 20) at 11am with burial afterwards at Mount St. Lawrence (extension) Cemetery.