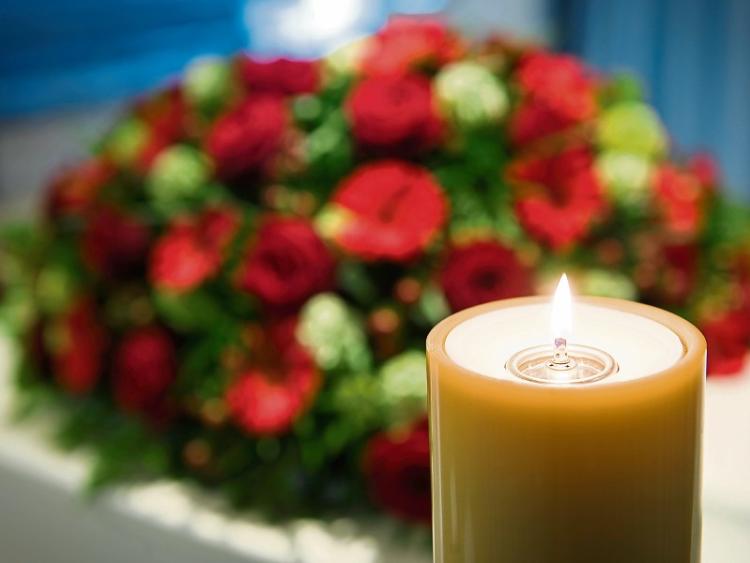 The death has occurred (in London) of Mary Theresa McNamara of Limerick city.

Remains will be removed from London to Ireland on Thursday (October 4) and will arrive at St Mary’s Church, Athlunkard Street for 11am Funeral Mass on Friday, (October 5) followed by burial in Mt St Lawrence Extension Cemetery.

Beloved husband of the late Barbara and and father of Jane, Tim and Beverly. Grandfather of Adam, Andrew, Claire and Deirdre. Brother of Betty, Margaret and the late John, Brian and Leslie.

Reposing at O’Grady’s Funeral Home, Ballingarry for prayers on Wednesday (October 3) at 1pm.

Beloved wife of the late Robert (Bob) and loved mother of John, Tom, Robby, Vincent, Colman and the late Eamon.

Reposing at Thompson’s Funeral Home, Thomas Street this Sunday from 5pm to 7pm followed by removal to Christ the King Church, Caherdavin.

Requiem Mass on Monday at 11am with burial afterwards in Glenroe Graveyard.

Beloved wife of John, loving mother of Darren, Claire and Aisling and much loved daughter of Eileen and the late Martin Flynn.

Reposing at her family home until 6pm this Sunday with Funeral arriving at Prince of Peace Church, Fossa, Killarney on Monday at 10.30am for Requiem Mass at 11am.

Family flowers only by request, donations if desired to Palliative Care.

The death has occurred (at University Hospital Kerry after a short illness) of James (Jim) Harnett of Convent Street, Castleisland, County Kerry. Late of The Hill, Abbeyfeale, County Limerick.

Requiem Mass on Monday (October 1) at 11am with burial afterwards in Kilbanivane Cemetery, Castleisland.