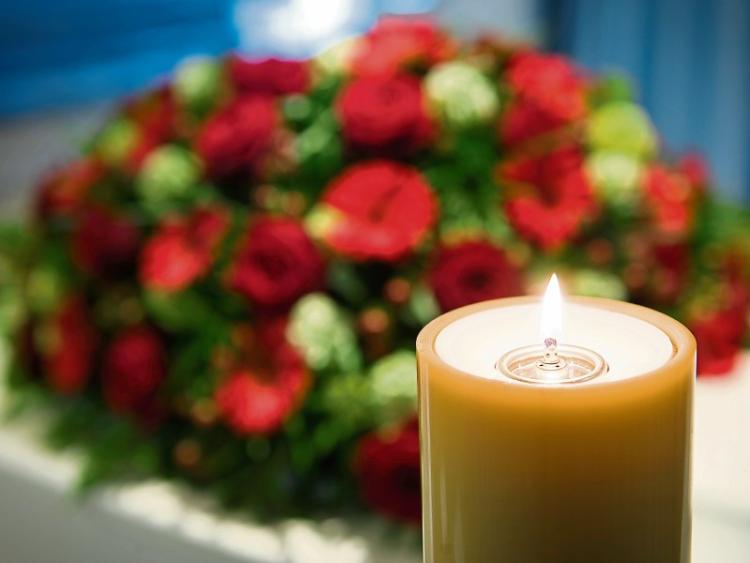 Wife of the Late Paddy.

Reposing at her residence in Garrienderk on Saturday (March 24) between 4pm and 7pm. Remains will arrive at SS Peter and Paul's Church, Kilmallock on Sunday 4pm Mass.

The death has occurred (peacefully at CUH) of Neddy Kirby of  Church Street, Mitchelstown, Cork. Late of Tully, Glenroe and formerly of Ballybrien, Ballylanders, Limerick.

Reposing at the Chapel of Rest, Baldwin Street, Mitchelstown on Sunday evening (March 25) from 6pm to 8pm followed by removal to Mitchelstown Parish Church.

The death has occurred (peacefully at UHL) of Tom Lynch of Ferndale, Ennis Road, Limerick.

The death has occurred (peacefully at Athlunkard House Nursing Home) of Ger Cusack of Farranshone, Limerick.

Requiem Mass on Monday at 11.30am with burial afterwards in Mount St Lawrence Cemetery.

Predeceased by her husband Jim.

Reposing at Fraser's Funeral Home, Galbally this Friday evening from 6pm to 8pm.

Funeral will arrive at Anglesborough Church at 8.45pm with requiem Mass on Saturday at 11.30am.

Burial afterwards in the adjoining Cemetery.

The death has occurred of Sean Kiely of Cosgrove Park, Moyross. Formerly of Kileely, Limerick.

Husband of the late Mary and deeply regretted by his five sons, five daughters, grandchildren, great-grandchildren, brothers, sisters, all other relatives and friends.

Requiem Mass Saturday at 10am with burial afterwards in Mount St. Oliver Cemetery.

The death has occurred (peacefully at Milford Care Centre) of Peter Ward of Kilbreedy East, Kilmallock.

Very deeply regretted by his loving family and friends.

Funeral Mass on Saturday at 12 midday followed by cremation at Shannon Crematorium.