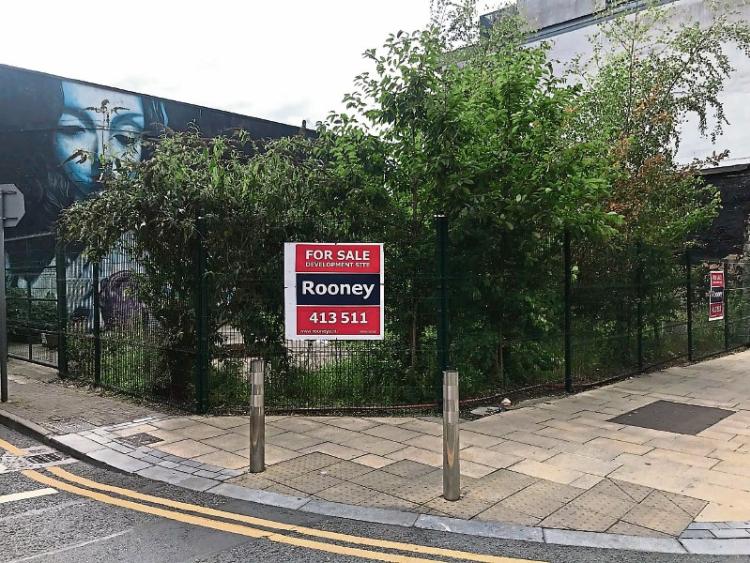 MAJOR restaurant chains may be eyeing up a site on Thomas Street that has just come on the market.

The development site of approximately 0.03 hectares (0.06 acres) is in a prime city centre location, said Gordon Kearney, of Rooney Auctioneers. The site is bounded by retail and office developments and has a corner profile to both Thomas and Anne Streets.

Planning has been granted for the construction of a two-storey mixed commercial unit including retail / restaurant.

However, Mr Kearney said there is the potential to go higher than two floors to mirror the Uber building, just a couple of doors down.

“I would think to maximise the potential off the site go for four / five floors with residential on the upper floors with retail / restaurant on the ground floor,” said Mr Kearney, who is guiding at €400,000. The Leader understands major restaurant chains not represented in Limerick may be considering it as a location.

It was formerly Finucane’s Electrical. The building was demolished to make way for an outlet of the Cafe Bar Deli chain. However, then the crash occurred and plans were parked. The site has lain vacant ever since.

It will be interesting to see what happens next.