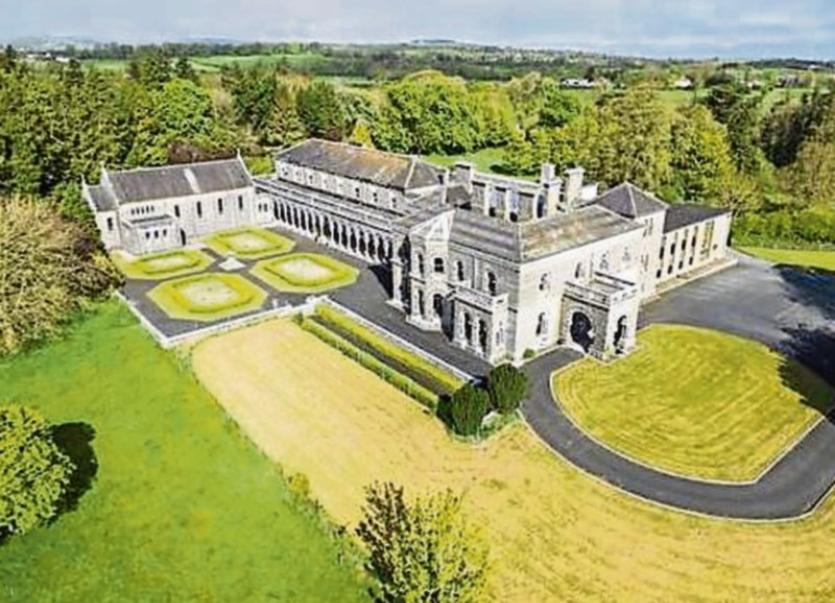 ONE OF Limerick’s most lavish and historic properties is seeking new ownership - and boasts a humble €20,000 per month price tag if you wish to rent.

Cahermoyle House, located in Ardagh, was the former home of William Smith O’Brien, an Irish nationalist Member of Parliament who was deported for his part in the Young Ireland rebellion of 1848.

“If we had a good client we’d rent it for a couple of years, we’d like to rent it to a corporate body,” said auctioneer Daniel Fleming.

“You don’t usually see these types of properties up for rent, it’s a massive property - there’s a church and everything in there,” he chuckled.

Massive may just be an understatement for the property, which has excellent views over the rural Limerick countryside and even features an outdoor swimming pool.

The house itself is divided into three sections, with the double-height lobby perhaps the most impressive room in the property.

According to the listing: “A number of internal period features form part of the original house, including timber paneling and cornicing, marble fireplaces and window shutters.

“Attached to the western elevation of the original house is a two-storey wing extension enhanced by a single-storey projecting arcade.”

In all, there are more than 30 rooms with outbuildings and a gardener's house also featuring.

Outdoor features include a walled garden and a formal garden with 25 acres of pasture and 15 acres of woods.

Cahermoyle roughly translates to ‘stone fort of the soft ground’ and there appears to be the remains of such a fort nearby, which reportedly dates back about 2,000 years.

The mansion is also located 2km from the village of Ardagh, famous for the Ardagh Chalice.

After the death of William Smith O’Brien in 1864, his son Edward commissioned architect JJ McCarthy to redesign the house, whose works also include the Dominican church in Limerick and the Catholic churches in Newcastle West, Rathkeale, Kilmallock and Foynes.

Cahermoyle House was later sold by the O’Brien family in 1919 and became a novitiate for the Oblate Fathers.In 1990 Cahermoyle was sold in lots, with the existing property purchased for a nursing home which operated until two years ago.