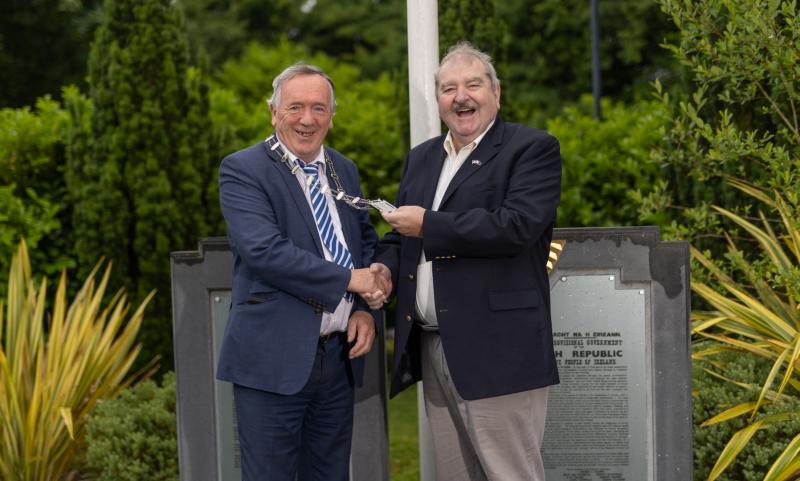 A NEW Cathaoirleach of the Adare-Rathkeale Municipal District has been voted in.

Cllr Kevin Sheahan thanked his colleagues at the Annual General Meeting (AGM) for their cooperation throughout a year that he “thoroughly enjoyed.”

“The staff have been absolutely tremendous throughout the year,” he added.

He paid particular thanks to Karen Butler, Administrative Officer with Limerick City and County Council (LCCC), commending her ability to liaise with both councillors and backroom council staff.

The vote for Cllr Keary to become the new chair of the Municipal District was proposed by Cllr Adam Teskey (FG) and seconded by Cllr Bridie Collins (FF).

Following the vote, the new Cathaoirleach said that he would do the best that he can in his role for the coming year.

“I am going to come to these meetings with time to spare, to allow people to speak, as much as they wish,” Cllr Keary, who served as Mayor of Limerick City and County Council in 2017-2018 said.

As his first action, Cllr Keary proposed and confirmed Cllr Adam Teskey for the position of Leas-Cathaoirleach, who will replace the outgoing Cllr Bridie Collins.

Closing out the meeting, councillors thanked the many volunteers ahead of the JP McManus Pro-Am, which is due to take place in Adare next week on July 4 and 5.