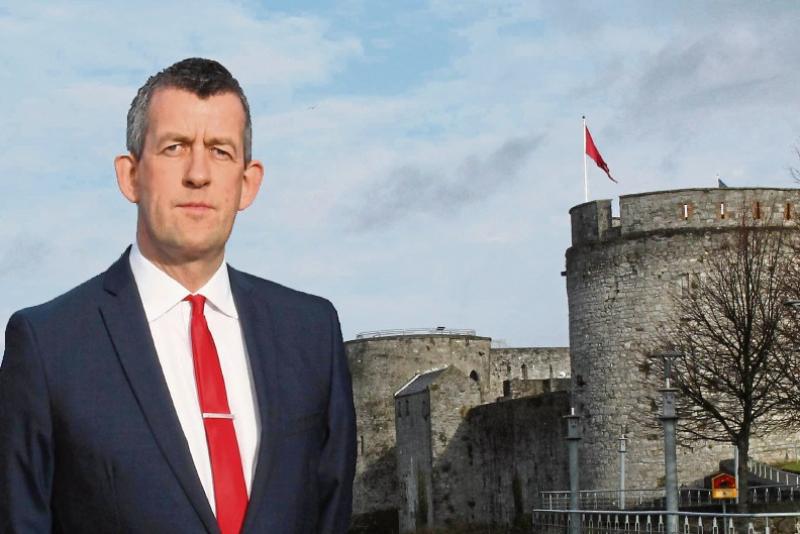 Deputy Maurice Quinlivan has asked for legislation for the new Directly Elected Mayor position to be issued by Government.

A LIMERICK TD has questioned the Government on delays in delivering legislation to create the role of Directly Elected Mayor of Limerick.

Speaking in the Dáil, Sinn Féin Deputy Maurice Quinlivan TD noted how the Programme for Government had committed to holding the election in 2021.

He also acknowledged that due to the Covid-19 pandemic, this timeline has not been met.

“We are now over two years on from the plebiscite on whether Limerick should have a Directly Elected Mayor. I fear that the longer we delay on this, the less appetite the public will have for the holding of such an election,” he said.

“Regardless of when the election is held, the most important thing is that the Mayor is furnished with sufficient powers to enable him or her to work effectively.”

In May 2019, the people of Limerick voted in favour of a DEM that would hold executive functions in LCCC, with a five-year term of office.

Deputy Quinlivan asserted that Sinn Féin will review the legislation robustly when it is published and will submit amendments to ensure all the requisite powers are transferred to the holder of this new proposed office.

He stressed that it is important that such legislation is “published as quickly as possible” and that a “definitive date is set” for the holding of the election for the Mayoralty.

He has asked Government to commit to a firm date for the publishing of the legislation and the holding of the election.

Concluding his remarks, the  Limerick TD added: “This is a great opportunity for Limerick, it is an opportunity to put power in the hands of an elected mayor instead of unelected officials. There are many challenges in Limerick that need to be addressed and there is an important role for any elected Mayor in addressing these challenges.

“We in Sinn Féin are committed to ensuring this legislation creates an elected Mayoral position complete with the necessary powers to make a significant impact on the well-being of citizens in Limerick. We simply must get it right.”