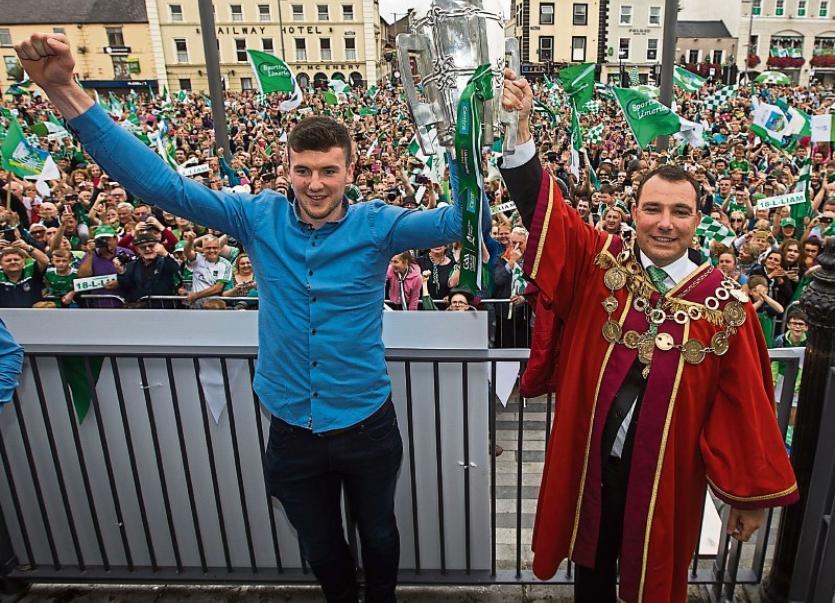 The Mayor of Limerick is to propose that civic receptions are held for the Limerick senior hurlers and the Limerick ladies junior footballers.

Both teams have enjoyed All Ireland success at Croke Park in recent weeks with the hurlers defeating Galway on August 19 and the ladies footballers beating Louth on Sunday.

“As Mayor of Limerick, it’s been an honour to see our sport stars bring home two All-Ireland championships from Croke Park this year. It’s only fitting that our senior hurlers and our ladies footballers should both be honoured with civic receptions,” said Cllr Collins.

It is expected a formal motion will be put before councillors for consideration in the near future.

“I will be proposing to my fellow councillors that we host civic receptions for the hurlers and the footballers, so that each group is individually and appropriately recognised for the happiness and pride they have brought to Limerick sports fans throughout the county,” added Cllr Collins.