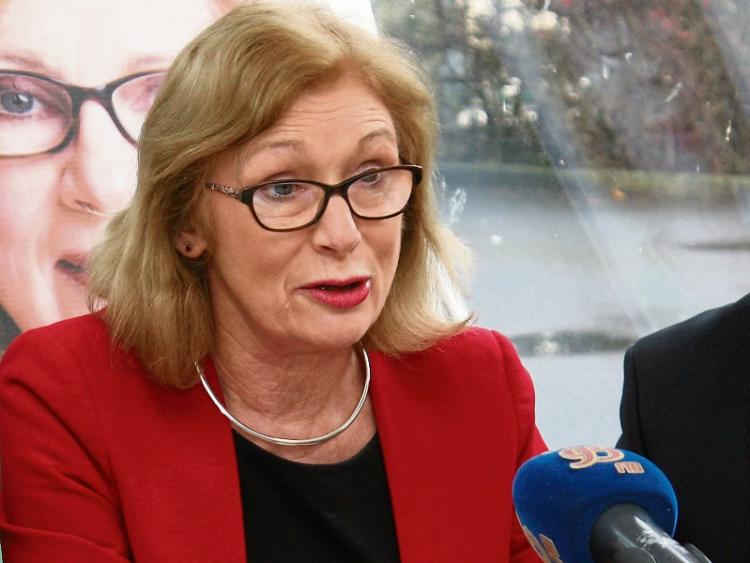 LABOUR deputy Jan O’Sullivan said she’ll decide by early next week if she will contest the leadership of the party, after Joan Burton stepped down this week.

Speaking to the Limerick Leader, the former Minister for Education & Skills said that she initially didn't give it too much serious consideration, but she began to think about it again recently.

She said she’ll be consulting with her family and members of the Labour party in Limerick over the weekend, before making her decision on Monday or Tuesday.

“If I did decide to run, I would get a proposer and seconder. I’ve had those discussions already. It would involve a fairly long time commitment, both in terms of being willing to stay the course beyond the next election, plus a huge amount of organisational work all around the country, and a lot more time in Dublin,” she said.

Regardless of whether any leadership bid is successful or not, she said she “intends to become very active in the party anyway, because what we want to do both in the Dail and the Seanad, despite our small numbers, is to have a strong presence and be a constructive Left in opposition.”

Asked about her male competitors, deputy O’Sullivan replied: “That wouldn't bother me one way or the other. I do think it would be good to have a woman in the mix, but either way I've never seen myself specifically as a woman politician - I'm a politician.”

“I do very strongly believe in more women being involved in politics. I'd be arguing on the basis of what I stand for and my style of leadership, and not because of being a woman.”