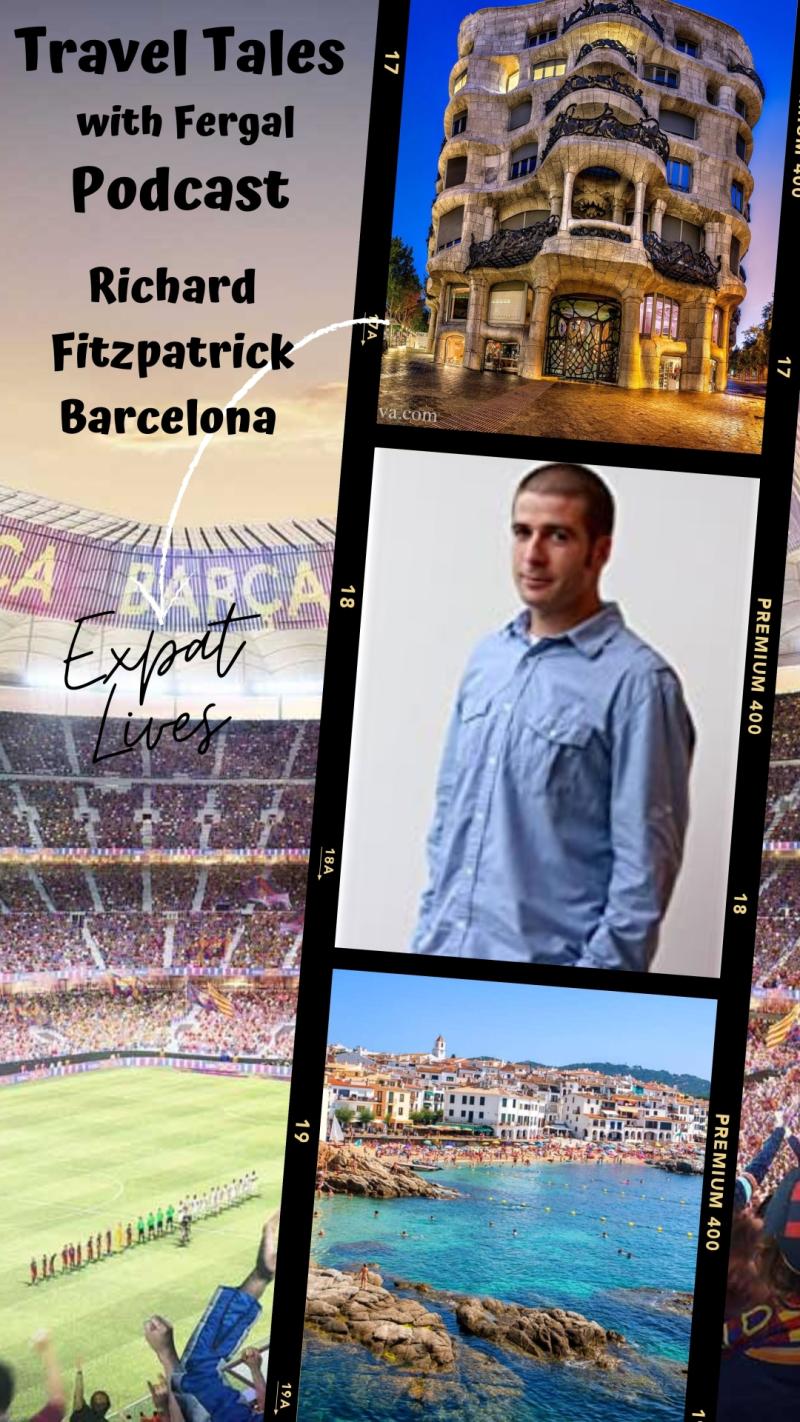 The Travel Tales with Fergal Podcast has a fascinating interview this week with Richard Fitzpatrick, a Barcelona-based Irish journalist, about his life as an expat in Barcelona with his Venezuelan wife, Michelle and 2 Children. To listen, click here

Richard does see hope on the horizon though with the vaccine being made available in Spain early in the new year. And he expresses his hope to return in 2021 as soon as possible to visit relatives in Clare.

Richard shares great memories of past Christmas’ in Ireland which he says is like no other place in the world. He reminisces about the joy of meeting old friends in a pub on Christmas Eve.

He feels there is nothing comparable to the comradery of an Irish pub at Christmas where families of all ages mingle. “You would want a heart of stone not to be moved when “Fairytale of New York’ is played in a packed Irish pub at Christmastime. A scene that will sadly be mostly missing from Ireland this festive season.

Richard is a print and radio journalist with a focus on sport, in particular La Liga. Richard works for news organisations around the world, including BBC, Bleacher Report, Irish Times and talkSPORT, as well as making radio documentaries for RTÉ, Ireland’s national broadcaster and The Stand Podcast. To listen, click here:

Richard has been lucky to live in Barcelona during a time when two of the world’s greatest ever players were both in Spain and he tells great tales from all the Classico’s he has attended in both the Noucamp and the Bernabou in Madraid.

The Travel Tales with Fergal Podcast has its final episode this week and since its beginning in October it has since become the No.1 Travel Podcast in Ireland and has listeners in over 30 countries around the world. Season 2 will be coming out in January.

The Travel Tales with Fergal Podcast comes out every Tuesday on all podcasting platforms and full details on Instagram @traveletaleswithfergal and his website https://shows.acast. com/travel-tales-with-fergal.