Plans for houses in Limerick town would set 'undesirable precedent' 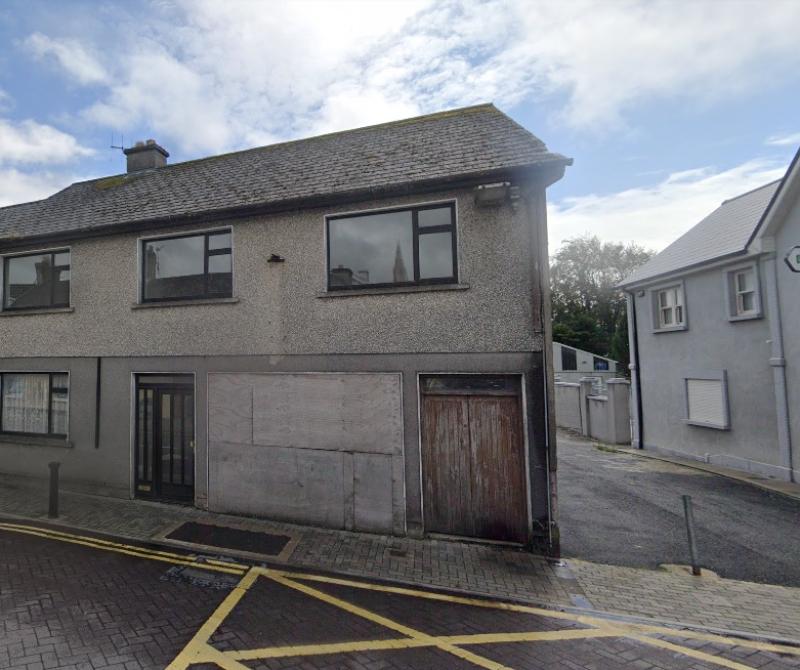 Permission for a 'change of use' was refused by Limerick City and County Council | PICTURE: Google Streetview

AN appeal has been lodged against the decision of Limerick City and County Council to refuse permission for the development of two houses in the centre of Rathkeale.

Permission had been sought for "a change of use" which would have seen a disused commercial property at Main Street being converted into two residential dwellings.

The two-story property is located opposite the junction with New Road - close to Rathkeale garda station.

The proposed development would also include changes to the front façade of the property and the construction of extensions to accommodate additional bedrooms and a bathroom.

The local authority refused permission last month - citing concerns over the impact the proposed development might have on plans for a distributor in the town.

"The proposed development would contravene the proposal to develop a link road between New Road and Main Street Rathkeale as identified in the Rathkeale Local Area Plan. The proposal would, therefore, be contrary to proper planning and sustainable development of the area," states a report prepared by planners.

The report also notes the lack of "public or private open space" in the proposed development and states the planned construction of two houses would be "overdevelopment" of the site and would "give rise to a substandard level of residential amenity for the occupants of the dwelling."

Planners say the proposed development, if allowed to proceed, would represent an 'undesirable precedent' for similar developments in the town.

The applicant has now lodged an appeal with An Bord Pleanála and a decision is due to be made by November 29.