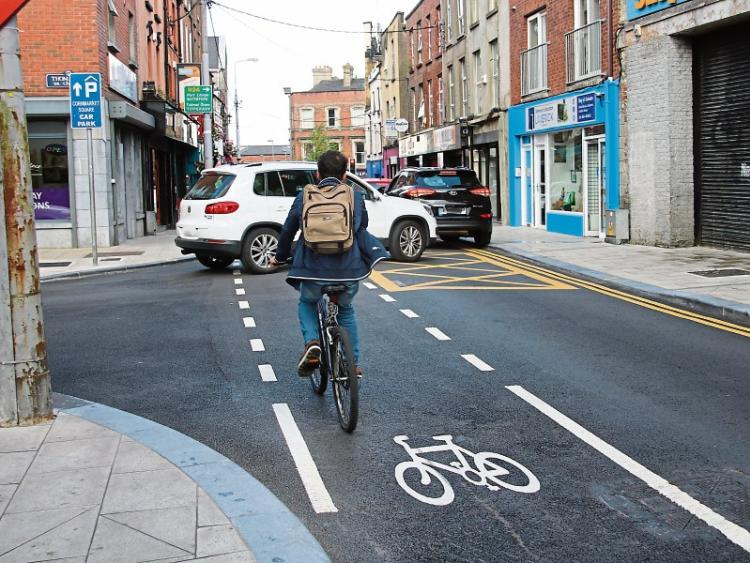 RECENT developments on Wickham Street have been met with a mixed response from the public, with some welcoming the ‘tremendous success’ of widening the footpaths, while others have criticised the traffic management, in particular, the use of the designated cycle lane by motorists.

Anne Cronin is a cycling advocate and co-founder of the Limerick Cycling Bus (a group of parents and children cycling to school together) was frustrated after coming across a number of motorists using the cycle lane.

“I think cycle lanes need to be segregated, physically segregated and not just painted on, so you have no possibility of cars or busses using the cycle lane,” said Ms Cronin.

“It’s very frustrating to see cars using the cycle path. It is great to have this cycle lane, but we need more. We need a web of connected cycle lanes across the city,” she added.

Cllr Elisa O’Donovan met with a number of traders and residents of Wickham Street, to discuss the recent developments.

“I think we all agree that Wickham Street is a wonderful, vibrant street. The recent improvement works on widening the pavements has been a tremendous success and increased footfall to the area as well as making it much more accessible for people,” said Cllr O’Donovan.

“However, the redesign of the road is causing many issues, both for locals, cyclists and motorists. This is an incredibly busy traffic street with private cars and public buses using what is a very narrow road,” she added.

The Social Democrats Cllr suggested that traffic be redirected elsewhere or there will be ‘significant traffic issues in this area’.

“We need the metropolitan transport strategy as soon as possible,” she finished.