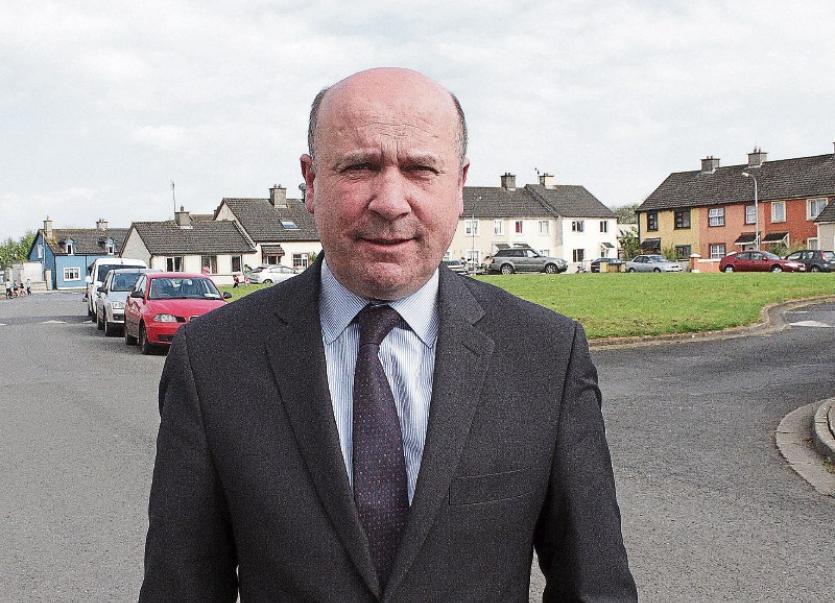 BRUFF has been at a “standstill” for the last number of years due to the lack of land zoned for residential use, said a local councillor.

Cllr Bill O’Donnell put down a motion at a meeting of the Cappamore-Kilmallock municipal district calling on the council to carry out a review of the Bruff Local Area Plan to include rezoning of lands for residential development which are “required for the town”.

In response, a council spokesperson said there is currently sufficient zoned lands for residential development in the Bruff Local Area Plan, which was extended in April 2017 for a five year period.

“Following adoption of the Regional Spatial and Economic Strategies (RSES) in quarter one 2019, Limerick City and County Council will review the County Development Plan Core Strategy and subsequent zoning in the Local Area Plans to ensure compliance with the RSES,” said the spokesperson.

Cllr O’Donnell said “on the face of it” there is ample zoned residential land in Bruff.

“However, most of this land is, in reality, not available as it is currently not accessible,” said Cllr O’Donnell, speaking after the meeting.

He said this is because the land is located beside a planned distributor road that was to go around the town.

In contrast, there are some smaller parcels of land within the town available for development but are not zoned, he said.

“Some of these lands had previously been zoned and they should be open to consideration,” he said. Cllr O’Donnell stresses he isn’t calling for Celtic Tiger-style building of hundreds of hundreds of houses.

“Bruff is a hugely popular place to live. I’m  not calling for massive housing estates but to support the growth of the town we need new houses and residents. In that regard, Bruff certainly has been at a standstill for the last number of years,” he concluded.

Meanwhile, Bruff has seen a marked increase in tourism.  Bruff Summer festival will take place from Friday, June 15, to Sunday, June 17. It will include the traditional Bloomsday breakfast, the annual Joycean lecture, and an afternoon tea dance with music and readings on Saturday, June 16.