Is Limerick city centre set for a renaissance? 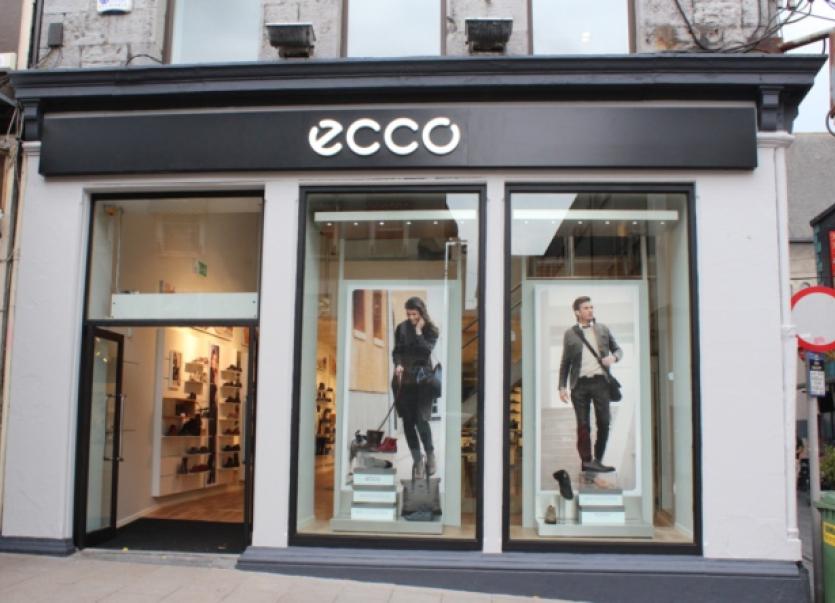 ALTHOUGH a common narrative of many is that shops are closing in the city on a regular basis, the truth is rather different, according to the Limerick City Business Association.

ALTHOUGH a common narrative of many is that shops are closing in the city on a regular basis, the truth is rather different, according to the Limerick City Business Association.

A study by the group has revealed there is just a 14% vacancy rate in Limerick - and that number is set to fall further as many units get ready to be occupied.

There have been a number of shops quietly opening in recent weeks - including Ecco Shoes and Gasta, both in Thomas Street.

The former has come to the city as a result of the Retail Excellence Ireland (REI) pilot city initiative, which marks its first anniversary this month.

The overriding objective of the scheme - backed by NAMA, the Gardai and Chambers Ireland - is to apply shopping centre management principles to Limerick city.

The way the city goes about securing retailers has changed, and Nigel Dugdale, of the City Business Association argues this has seen a more vibrant and engaging civic space for citizens to enjoy.

The initiative was started by REI as a response to the evolution of online shopping, out-of-town retail development and changing consumer behaviour.

Nigel has spearheaded the project, which has looked at safety - the garda presence has increased- the mix of retail, and citizen engagement.

Upon taking on the role last year, he immediately prepared a comprehensive document which provides a one-stop shop for prospective investors to the city.

“For the first time, what we have done is a survey of our core retail centre area. We looked at ground floor retail units, and placed these in a document which is search compatible. It means we can search by streets to see which units are vacant, what the size of the vacant units is, what types of retail are around? It gives an opportunity to give the city at a glance,” he said.

Nigel says the document - which will continue to be updated - is of huge value to prospective investors.

Illustrating the point, he says: “If you are new pharmacist, or a shoe shop owner, you can see immediately on each street what kind of shops are around the vacant units. But it also gives us a snapshot of what we have in the city centre, and as we go forward, how things change.”

As a consequence of Limerick’s designation as a REI pilot city, a number of retailers have made site visits to check out what the urban area has to offer.

“The key for us is that certain types of retail are looking for certain types of square footage in order to move in. We might not have this at the moment, but hopefully going down the line, we would be able to provide something of this nature,” he said.

The old chestnuts about the city remain: a lack of parking, a problem with crime to name but two.

But Nigel says there has been a marked improvement in terms of perceptions about the centre, a move he attributes to another special designation Limerick has: Ireland’s first City of Culture.

“I felt [before this] people were looking for problems in the city centre. They were looking at barriers to entry. Now I think people are recognising that it is a good place to live, shop, and be around. There is a positive energy, a bubbling sense among the general population,” he explained.

Other new openings in the city include the investment by Costa Coffee at the former HMV building, Hook and Ladder in Sarsfield Street, The Buttery in Bedford Row, and Aroi at Patrick Street.

One thing these have in common is the fact they are restaurants, a move which has led many - including Suneil Sharma who is seeking to build a shopping centre on the Dublin Road - to suggest the city should shift its focus to service instead of retail.

The sad closure last week of Helene Modes after 60 years trading almost backs this up.

Nigel suggests the evening economy needs to be increased.

But the only way to achieve this is to have more people living and working in the city centre, he says.