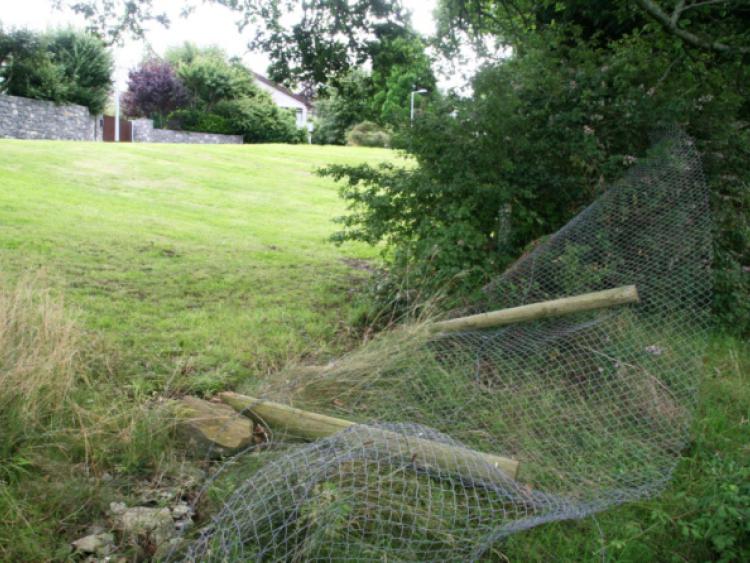 FORMER Mayor of Limerick Michael Sheahan has welcomed proposals to erect a palisade fence between two housing estates in Castletroy.

FORMER Mayor of Limerick Michael Sheahan has welcomed proposals to erect a palisade fence between two housing estates in Castletroy.

In a public notice, Limerick City and County Council says the 1.8 metre fence will be erected as part of works to upgrade the boundary between the Kilbane and Cois Ghruada housing estates.

The fence, which will be almost 100 metres long, will be located adjacent to a strip of waste land which separates the two estates and which is regularly used as a shortcut by students and other young people.

While there is existing wire fencing at the end of the cul-de-sac in Kilbane, it has deteriorated over the years and is no longer fit for purpose.

The Limerick Leader has learned if the plans are approved the cost to the local authority will be minimal as the fencing will be “donated” by a local businessman.

Residents, many of whom are elderly, have had concerns about the state of the current fence for some time and the proposals to replace the wire fence with a palisade fence have emerged following consultations with local councillors and council officials,

Cllr Sheahan said he was “delighted” that the council had agreed to proceed with the works.

“There has been a difficulty because of the deterioration of the existing fence and that has been a concern for the some of the residents [in KIlbane],” he said, adding that he believes the council has a “duty of care” to the residents, having taken the estate in charge.

Full details of the proposed development can be viewed at Environment Directorate at County Hall in Dooradoyle.

The deadline for receipt of submissions is September 22, next.