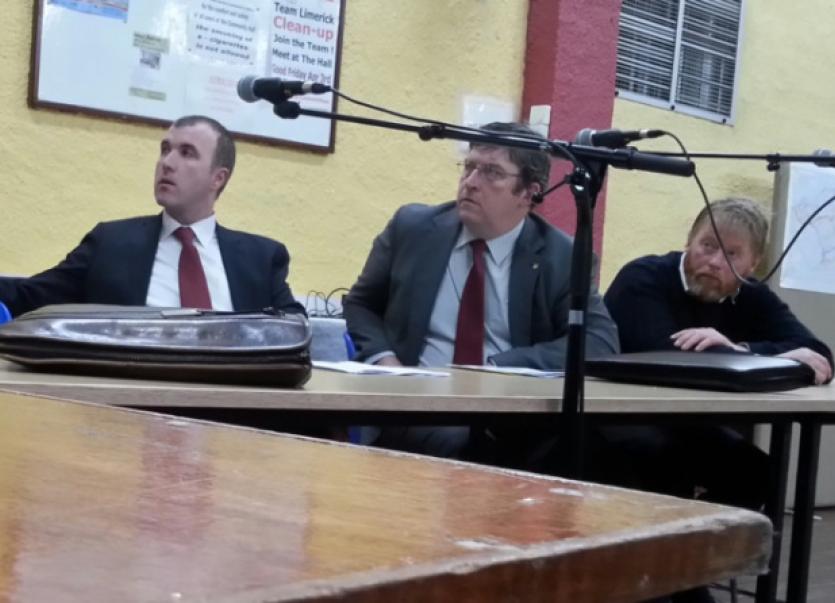 MORE than 200 people turned up at a meeting in Askeaton on Monday night organised by the IFA to discuss the planned Limerick to Foynes road upgrade.

MORE than 200 people turned up at a meeting in Askeaton on Monday night organised by the IFA to discuss the planned Limerick to Foynes road upgrade.

Addressing the meeting, IFA deputy president Tim O’Leary advised all farm families and property owners that are affected by the proposed road to ensure their concerns are heard by making robust submissions to the road design office in Dooradoyle before the closing date of next Friday, April 10.

“The compulsory taking of lands for the building of new roads can be an extremely difficult experience for those affected,” Mr O’Leary said.

“This round of public consultation provides a real opportunity for concerns to be raised such as the impact proposed routes will have on the viability of farm businesses, the potential for communities to be severed by the new road and access points for local traffic.”

The meeting was addressed by the IFA’s infrastructure executive Thomas Ryan and Willie Martin from Martin & Rea Agriculture Consultants, who provided a detailed explanation of the CPO process and the IFA negotiated roads agreement to support landowners through the CPO process.

Information was provided on how best to prepare submissions and observations that are to be submitted to the road design office.

Four possible routes, or ‘corridors, have been selected for the upgraded road. These were presented to the public for the first time on the week of March 10.

Following these public consultations, there was significant concern among people whose properties were located along the routes, with many calling the deadline for submissions to be extended from the original date of March 27 to April 10.

One of those attending was independent councillor Emmett O’Brien who said that the mood among landowners on the route is still “anxious and disappointed with the manner this was rolled out”.

“People are still in the dark about the whole process and where the routes are likely to go,” he said.

However, he described the information provided by the IFA at the meeting as “very helpful”.

“They answered of questions that people had about the process,” he said.

Calls by local councillors to have another round of public consultation days were rejected by management at Limerick City and County Council, with director of transportation Paul Crowe pointing out that people could drop into the road design office in Lissanalta House if they wanted to discuss any aspect of the routes. “It affords people a more private space to tease out the issues,” Mr Crowe said. Submissions can also be made in writing to the office in Dooradoyle by next Friday.