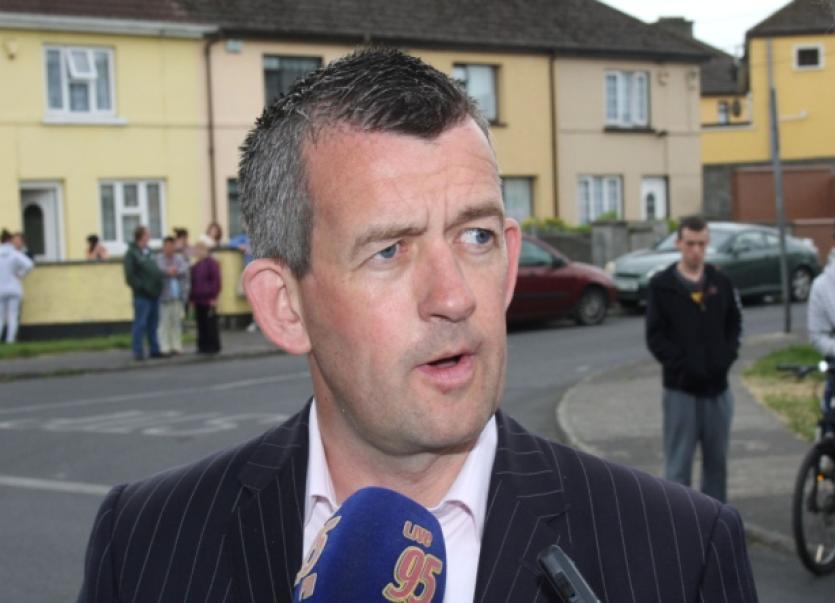 NORTHSIDE councillor Kevin Kiely has accused his colleagues on the council of being “disingenuous” in their opposition to a controversial scheme to build a youth centre in Ballynanty.

NORTHSIDE councillor Kevin Kiely has accused his colleagues on the council of being “disingenuous” in their opposition to a controversial scheme to build a youth centre in Ballynanty.

But fellow northside councillor Maurice Quinlivan says the plan by the Limerick Youth Service to build in Ballynanty has left the community “fractured” due to the manner in which it has been handled from a number of parties.

Thanks to funding from the JP McManus Foundation, the youth service has secured planning permission to build on a green space in front of Thomond Park.

But since the scheme is being built on public land, it is the job of city councillors to reject or accept the proposal. Many people in the local community are bitterly opposed to the project, citing a loss of green space, an increase in anti-social behaviour, and a devaluation in their homes.

However, Labour councillor Tom Shortt has claimed around 90% of the community are actually in favour of the scheme, and that the Opposition Committee set up are merely a “very vocal minority”.

This has been rejected by the chairperson of the opposition committee Anne-Marie Stacke, who said Cllr Shortt “has to realise it is our democratic right to object to any development”.

With the vote still too close to call, there is likely to be lobbying from both sides of the yes and no camp over the weekend.

However, Cllr Kiely said this could all have been avoided.

He pointed out that when he was mayor, back in 2011, the Limerick Youth Service sounded out councillors on the northside, who he said at the time had no problem with the planning application being made.

“If some councillors wanted to stop it, they could have done so there and then. The youth service would not have ran up any bills in relation to planning applications,” he said.

He also said the expense from the residents in appealing the rulings of both City Council and An Bord Pleanala could have ben avoided had councillors said they were not interested.”

Meanwhile, at a meeting of the Ballynanty Residents Opposition Committee on Tuesday night, it has been claimed members of the Yes side “barged” into the meeting, forcing the No campaigners to relocate.

Chairperson of the opposition committee Anne-Marie Stacke said: “I said the meeting was for people opposed to the development only, and that I would not be discussing any of our business in front of people who were there to cause ructions. We’ve already been down that avenue over a year ago, and that was not what the meeting was going to be about.”

After they refused to leave, Ms Stacke said they relocated the meeting to the top of the St Munchin’s Community Centre.

When contacted, a number of these confirmed there was an altercation.

However, Cllr Shortt - the only local politician who has explicitly backed the youth centre plan since it was lodged last year - has called on councillors to “see sense and vote Yes” on Monday.

“Having canvassed in the area, support in the community for building the new youth centre amongst parents and families with teenagers is running at 90% and all city councillors should see sense and vote yes to accepting the funding from JP McManus, and Yes to building the new centre on Monday.”

He added: “It would be shocking also if councillors condemned the 11 LYS workers and the young people to continue to work in sub-standard and unsuitable rented accommodation in the 40th anniversary year of the founding of Limerick Youth Service.”

The vote is scheduled to take place on Monday at Limerick City Council’s monthly meeting.

A large delegation from the Ballynanty Residents Opposition Committee and the Limerick Youth Service are expected to pack out the chamber.

But despite this, the party leaders on the council could still decide to adjourn the item until next month’s meeting.

They will meet earlier in the day on Monday to decide.

At a behind closed doors meeting of the council’s executive committee on Monday last, it is understood members of the council executive tried to stop the item going on the agenda, because of the regeneration implementation plan due out next week.

But they were overruled by councillors. Cllr Shortt says he believes four of the six northside councillors will vote to allow the youth centre to build.

But it will be the votes of the remaining councillors in City South and City East which will be crucial on Monday.