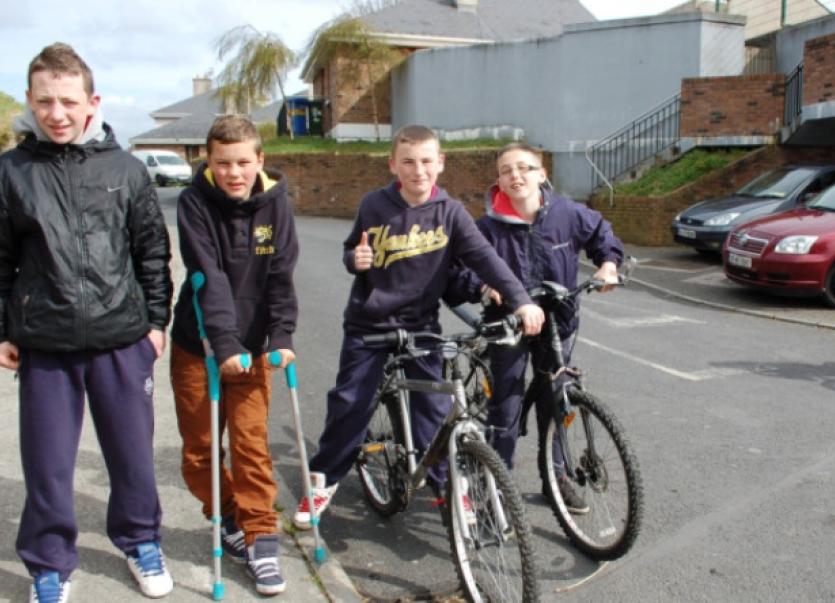 LIMERICK’S top planner has stated the site in Ballynanty for a controversial youth centre is the most suitable, Cllr Tom Shortt has said.

LIMERICK’S top planner has stated the site in Ballynanty for a controversial youth centre is the most suitable, Cllr Tom Shortt has said.

At a behind-closed doors meeting in City Hall on Monday, senior planner Gerry Sheeran presented a summary of his review to councillors over the €1.8m plan by the youth service to open in Ballynanty.

And Cllr Shortt, who has long argued for a youth centre in Ballynanty - going against the wishes of many residents - said Mr Sheeran told members he felt the northside site was the most appropriate.

He was called in to do the review after councillors failed to make a decision on the project last month.

Members will now vote on whether to release the land to the Youth Service at their monthly meeting on Monday, November 4, postponed for a week following the deaths of two former local representatives, Mick Crowe and Joe Quin.

Cllr Shortt now hopes the issue can be put to bed once and for all.

“He considered alternative sites proposed by the objectors and in his report announced his findings that the proposed site is the most suitable,”

Cllr Shortt confirmed, “Councillors have now received the advice and direction that they requested when they decided to postpone the vote on the disposal of the land for one month, in order that a planning review could be carried out.”

“This will be the right decision to provide teenagers with a safe modern youth café and other facilities and programmes, staffed by qualified youth workers, where they can go as an alternative to hanging out on street corners and in fields. The centre will provide young people with an alternative to drink and drugs and will help reduce the anti social behaviour that upsets residents,” Cllr Shortt added.

Mr Sheeeran confirmed a briefing took place, but added: “What was said is in private as far as I am concerned. The manager outlined very clearly that it was to stay in the room until the decision is made.”