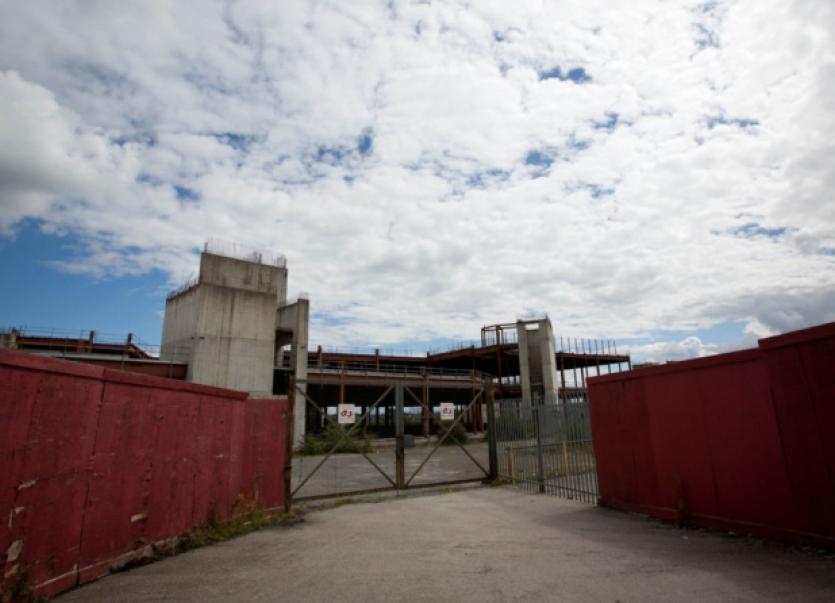 THIRTEEN objections, representing more than 60 businesses, have been lodged against plans to build a €100m shopping centre on the outskirts of Limerick city.

THIRTEEN objections, representing more than 60 businesses, have been lodged against plans to build a €100m shopping centre on the outskirts of Limerick city.

The planning application by Belfast based developer Suneil Sharma has attracted opposition from a variety of businesses, including pubs, hotels, other shopping centres, a museum, and even a hospital, amongst many others.

Previously known as Parkway Valley, the development site on the Dublin Road has proved to be a bone of contention for city businesses and planners since developer Liam Carroll of the Zoe Group first planned it more than five years ago.

Now, Mr Sharma is seeking to modify the plans to the partially built site, renamed Horizon Mall, and reduce its size.

Mr Sharma - a former investor in the now abandoned Opera Centre project in the city - is seeking to reduce the size and scale of the development from 73,142 square metres to 63,712 square meres, with its height knocked down by nine metres to 33m.

Two anchor tenants will remain - one being Marks and Spencer’s largest store outside Dublin - as well as 37 smaller outlets, down from 75 units when the project was first mooted.

The project will now incorporate two-storeys of retail, as opposed to the three levels initially planned back in 2006.

“The project represents one of the largest ever private sector investments in the Limerick area, and will create 1,500 retail jobs and 500 construction jobs, “ Mr Sharma said.

But many fear that any jobs created on the outskirts could spell the decimation of the city’s remaining retail industry.

“The existing retail outlets that we have exceed what’s needed. If this goes ahead, it’s going to make the situation ten times worse,” he said.

He lays fault at the former Limerick County Council for approving the previous planning application, and potentially tying the hands of the now joint local authority, Limerick city and county council.

“This is due to the complete and utter disinterest of the people in the county council in the city, and their interest in acquiring the commercial rates,” he said.

The Crescent Shopping Centre, also located on the city’s outskirts in Dooradoyle, has objected to the centre being built - on the grounds that it would be even bigger than the Crescent and would have a “severe negative impact” on their retailers.

Their retailers’ association said that they feared this development “will divert trade from our members and reduce their ability to operate their business.

“In some instances this could lead to closure of shops and possibly the loss of people’s livelihoods,” the objection stated.

“The site of the proposed development is located on an out-of-centre site in the suburbs of Limerick. This area is not located in a retail centre. The proposed development is therefore not in accordance with the retail planning guidelines for planning authorities. The regional retail strategy states that Parkway Valley (its former name) is not included within the retail hierarchy,” states the chairperson of the Crescent Traders’ Association, based at the Crescent Shopping Centre.

They continue: “The proposed development is larger than the Crescent Shopping Centre, which is designated in the retail hierarchy”.

A decision on the application is due on August 27.