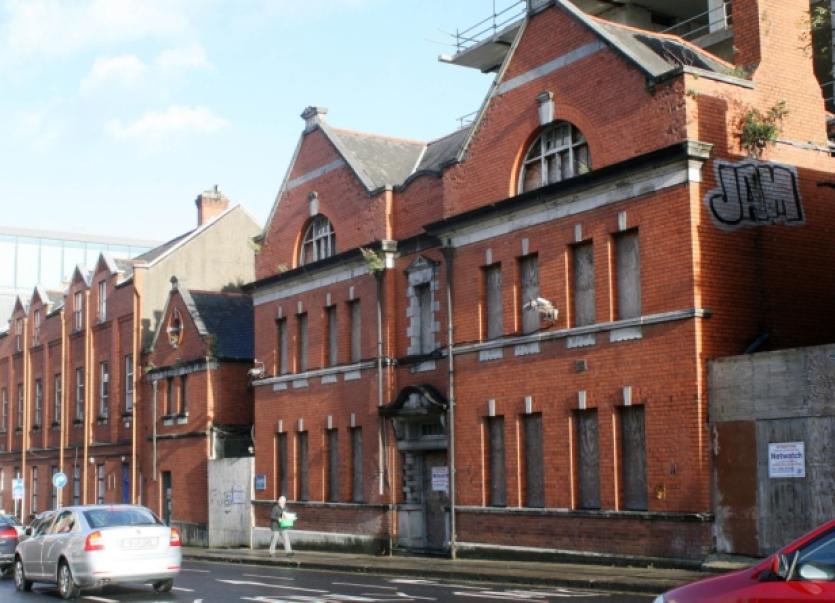 LIMERICK City Council has entered talks with NAMA to complete a multi-million euro office development on Henry Street that ground to a halt in the property crash.

LIMERICK City Council has entered talks with NAMA to complete a multi-million euro office development on Henry Street that ground to a halt in the property crash.

A lack of office space in the city has been highlighted by the IDA’s new regional boss Conor Agnew. And City Hall has responded by starting talks to purchase the “Hanging Gardens” site, in a manner similar to which it took over the Opera Centre site last year.

The site at the former GPO building - at 16-18 Henry Street - has lain idle for the last five years and is considered by many to be an eyesore, with the shell of the building open to the elements.

Original plans for the site by developer Robert Butler would have seen retail space at ground level, with flour floors of office accommodation over basement parking. It would have seen the restoration and integration of two protected structures - the 1903 Mercantile Building and the 1808 Hanging Gardens Building.

The €40m project was taken over by NAMA when Mr Butler fell into financial difficulty and a receiver was appointed.

City Council economic director Tom Enright confirmed the talks, adding: “If we want to attract significant foreign direct investment to Limerick, we need to have quality office accommodation of scale in the city centre. The quickest way [to do this] is to complete this development in Henry Street.”

Any purchase could not be funded through the council’s own resources and the local authority would have to look to the Exchequer or to Europe for support.

Mr Agnew said: “This space could be brought to a level ready for occupancy. It is a strong selling point. The IDA and City Council are very active in discussing the successful outcome of this, and from our perspective, the sooner it happens, the better.”

The Hanging Gardens got their name from the fact its first owner, local banker William Roche, was known to have grown exotic fruits in the courtyard.