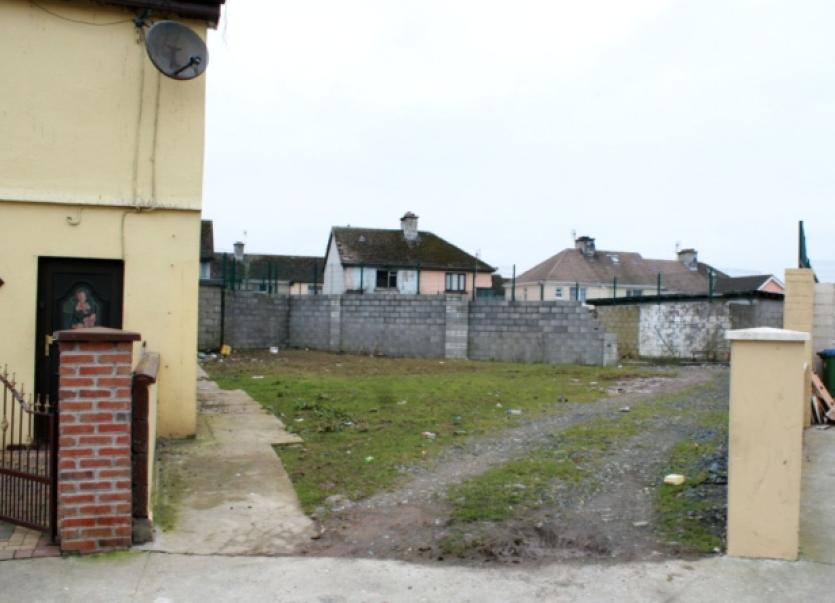 A LIMERICK city homeowner has been ordered to remove an illegal roadway which was constructed at the rear of her home without planning permission.

A LIMERICK city homeowner has been ordered to remove an illegal roadway which was constructed at the rear of her home without planning permission.

Limerick City and County Council initiated legal proceedings against Michelle McNamara after she failed to comply with the terms of an enforcement notice requiring her to remove the illegal road and reinstate the lands to their original state.

As our photographs show, a temporary hard-surface was laid between what was once the rear boundary wall and the rear of the mid-terraced house, which is located in St Mary Park.

Sean Moran, development inspector with the local authority, said the notice was served on Ms McNamara at her home at 67 St Munchin’s Street, in May of last year.

The notice, under the provisions of the Planning and Development Act was served on the defendant after efforts to resolve the matter proved unsuccessful.

“It is unauthorised, it was not put down by the council, he said.

The witness added that part of the unauthorised roadway, which is around 50 metres in length, encroaches on part of a separate property which is owned by the local authority.

“The road passes over council property within the bounds of Number 9 (St Patrick’s Avenue),” stated Mr Moran, who said this had created further difficulties.

In his evidence, the development inspector told solicitor Ger Reidy, representing Limerick City and County Council, that the illegal development was “substantial enough” and that considerable council time and resources have been spent addressing the matter.

Having viewed a number of photographs of the unauthorised development, which were submitted to the court during the proceedings, Judge Marian O’Leary indicated she was formally convicting the defendant of failing to comply with the terms of the enforcement notice – which is a specific offence in itself.

After convicting Ms McNamara, who was not present in court, Judge O’Leary proceeded to fine her €350.

In addition, she ordered that she pay the legal costs and expenses of the local authority associated with the case.These, she was informed, totalled €815.

Following further detailed submissions from Mr Reidy the judge also ordered that Ms McNamara immediately remove the road in accordance with the terms of the original enforcement notice. Under planning legislation, the defendant faces the possibility of further legal action, and a six-month prison sentence and a fine of up to €1,500 or for each day she fails to comply with the court order.