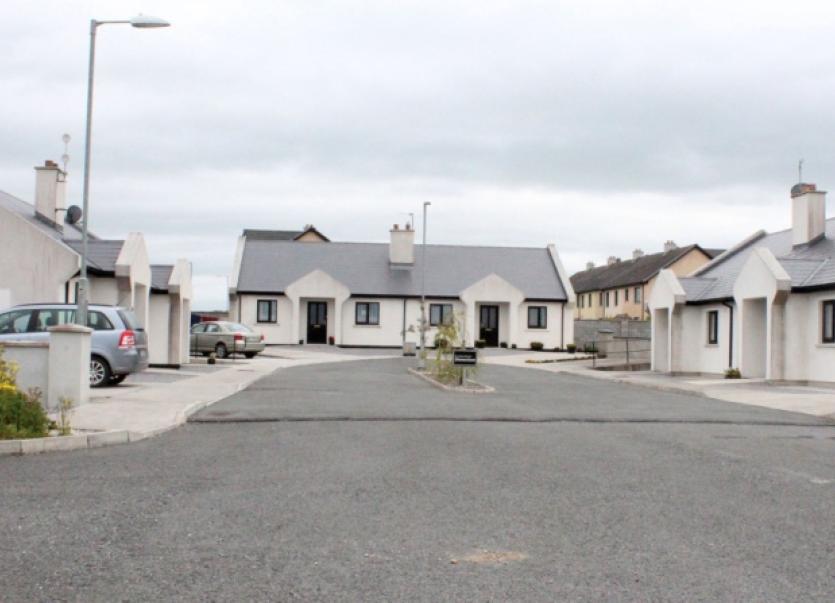 A JUDGE has accused Limerick City and County Council of being “pedantic” in its dealings with a community housing association, which has failed to carry out construction works at a small retirement village in Bruree.

A JUDGE has accused Limerick City and County Council of being “pedantic” in its dealings with a community housing association, which has failed to carry out construction works at a small retirement village in Bruree.

The local authority has initiated legal action against Bruree Rockhill Community Housing Association over its failure to comply with the terms of an enforcement notice requiring it to carry out certain works at the Shancloon housing estate, which is located at Main Street in the village.

At Kilmallock District Court, planning enforcement officer, Padraig Fogarty said the enforcement notice, which was served on the Association on April 4, 2013, relates to several outstanding issues – all of which were a condition of the original planning permission for the development.

The outstanding issues include the proper landscaping of open spaces, the laying of road markings, the erection of a name plate at the entrance to the estate, the installation of public lighting and the completion of a CCTV survey of the underground water pipes.

After hearing details of some of the outstanding issues, Judge Marian O’Leary commented that the council was being “pedantic” in its dealings with the housing association.

However, she added that she could understand how residents of the estate could have concerns about the lack of proper public lighting.

In his evidence, Mr Fogarty said the builder, who was contracted by the defendant company to construct the six-house estate, “west out of business” a number of years ago and is now “off-site”.

He said the housing association, which developed the estate for the elderly, is still in operation but has no resources to carry out the outstanding works.

He confirmed all of the houses were sold and are owned privately.

Solicitor Will Leahy, representing Limerick City and County Council, told the court the matter has been before the courts on nine separate occasions since the legal proceedings were initiated but that the case is “getting nowhere”.

He said Bruree Rockhill Community Housing Association was legally represented during previous court hearings but noted that there was no representative of the company in court.

He added that no contact was made with the local authority in advance of last week’s hearing.

Judge O’Leary was told the handing down of a fine will “be of no use” and that the council’s priority is to ensure that the outstanding issues at Shancloon are addressed going forward.

The judge adjourned the case to June 16 next saying she wants a director of Bruree Rockhill Community Housing Association to be in court on that date.