Patricia Feehily: My uneasy feeling about the Budget 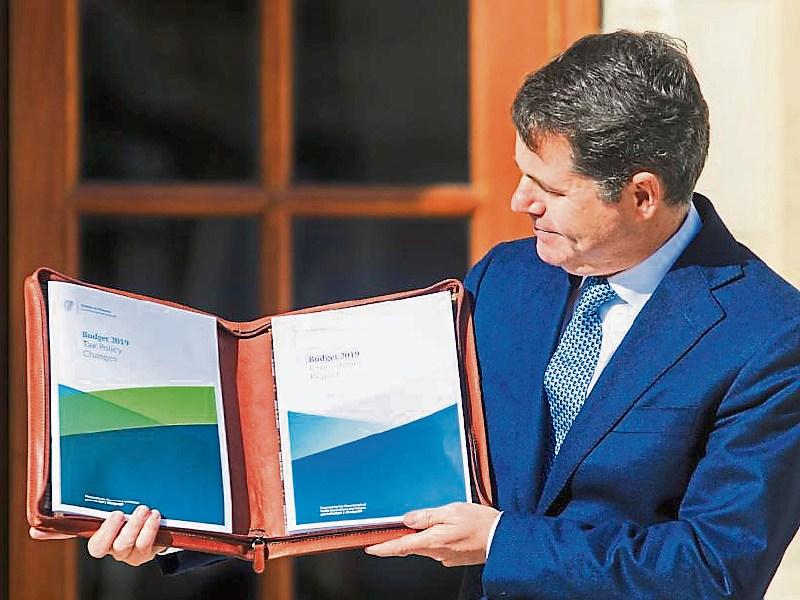 AM I the only person in the country who gets jittery in the run-up to the Budget? Everyone else seems to be taking it in their stride, and there isn’t even the hint of a revolution in the air.

But I’m getting more uneasy by the day. You’d think I was a multi-millionaire tax exile living in terror of being caught in the net at home in Ireland, the way I’m feeling. Freud might have sourced this awful apprehension to a deep- seated childhood trauma, like being caught on the hop after ordering a penny bar on the strength of the change I was expecting from my mother’s messages. Unfortunately the Budget had just raised the price of a loaf, leaving me – not for the first time in my life – without a penny.

What’s bothering me most about this Budget is that I may not be able to put on a fire for the winter or order a top-up for the oil tank. If I’m caught buying a bale of briquettes or a bag of coal, I could be ostracised in these panic-stricken times of Planetary distress.

The thing is that for all the recession Budgets I’ve weathered, I’ve never experienced a no-deal Brexit Budget before. Neither have I ever known a Budget where tax-payers were prepared for martyrdom with a host of seemingly inevitable and acceptable carbon tax increases. It brings to mind the ancient Celts who, after centuries of digging tin from the bowels of the earth to mix with copper in order to build an economy and make the most exquisite bronze objects, dumped them all in an act of collective madness in bogs and lakes all over the British Isles when a mini ice-age was looming and the weather had become unbearable. Then they embraced the Iron Age and that can’t have been good for the environment either!

Now I’m all for saving the planet and controlling carbon emissions and fossil fuel use. But I’d like to be able to speak out and say ‘Take it Easy’. Some of us need a hand. However, I’m afraid I’d be lynched by an army of 16 year olds inspired by Greta. This column is the only place where I can be honest, but I don’t even know if I’m safe here anymore, after seeing what happened to the hapless Ryan Tubridy over a pretty innocuous radio remark last week.

Read also: Are you Limerick’s Spielberg? Hunt is on for Ireland’s Young Filmmaker 2020

Meanwhile, everyone I know is buying an electric car and putting up solar panels on his or her roof in advance of the Budget. Some of them are not any more environmentally friendly that I am, but they’re all more economically savvy. I’m not buying an electric car myself, because I spent all my money on a diesel car two years ago, and anyway, having inadvertently put petrol in the diesel engine on a couple of occasions, I’d be afraid of electrocuting myself while plugging it in. As for the solar panels, I’m not convinced. As it is, we don’t get enough sunshine in this country to address the huge deficiency of Vitamin D currently affecting the population, not to talk of heating the house.

All I know for sure is that a Budget that would put oil, coal and briquettes beyond our reach, would see the more daring among us going back to robbing the plantations of the rich and facing the threat of transportation for life like some of our ancestors.

Then, as usual in the run-up to the Budget, you have the ERSI coming out and reminding us that we’re approaching a crucial juncture in our economic development.

We can take the comfortable tarmac road to ruin (which can’t be good for the environment either) or the arduous dirt track to continued stability. The choice is ours, except that most of us don’t have any choice at all. The next election now appears to be too far off to make any impact on this Budget.

Cheers, however, for Deputy William O’Dea, who is still fighting for a fiver a week increase for Old Age Pensioners and other recipients of state benefits – even if I did say a few weeks back that some of us don’t deserve it because of the lack of gratitude we’ve displayed in the past. Willie is sticking to his guns, despite being described by fellow Deputy Peter Burke of indulging in ‘cynical auction politics’ and of being ‘beyond reckless’.

And there was me thinking that the grey vote had now become of little value in this age of youth assertiveness amid the possibility of extinction!