Don't Mind Me: ‘It’s September: I’m running out of time’ 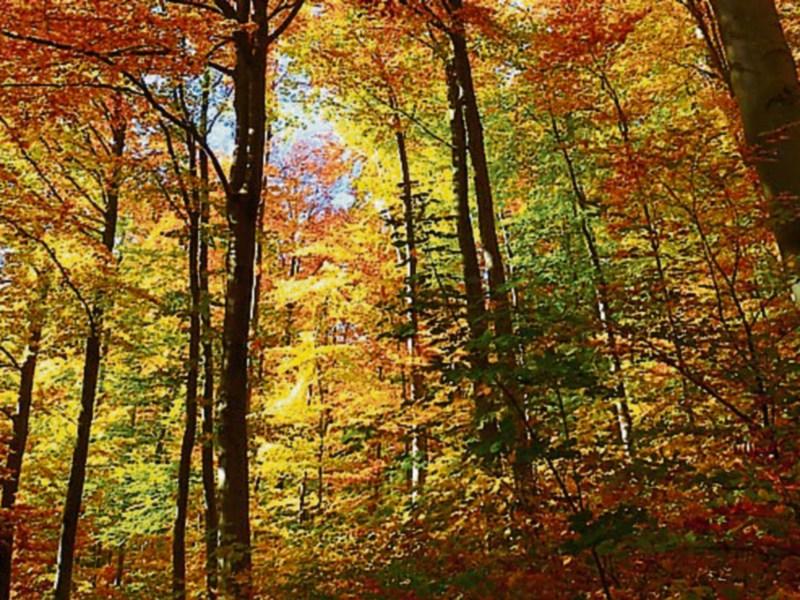 THE nights are closing in, the colours are fading, there’s an eerie silence creeping over the land and dark storm clouds are gathering on the horizon. But everyone I know is full of optimism and most of them are making New Year’s resolutions. The year is nearly over, for God’s sake, but September, it now seems, is the new January.

I’m not one bit impressed- to say the least - with this unseasonal sense of new beginnings. This is the withering season and all I can see is the looming darkness. I don’t like this time of the year. My arachnophobia peaks around now, I’m threatened daily by dying wasps and before I know it, I’ll be laid low with an attack of lilapsophobia (a fear of hurricanes). But the worst thing about September, as far as I’m concerned, is that it’s a terrible month for procrastinators. To misquote Yeats, it’s September over all my life and now I feel that I’m running out of time!

The ‘new beginners’, however, are relentless, even though it is dark now at 8.30. “Embrace the fading light,” I’m told, “and go out and plant a tree.” Now, at this stage of my life, that first piece of advice is a bit too close to the bone. The second is a bone of contention with me.

I love trees, but commercial afforestation leaves me cold. There is nothing as bleak or as discomfiting to me as a landscape dominated by vast expanses of brooding pines – apart that is from the month of September and the terrible desolation that follows the harvesting of the timber. I think it’s time to call a halt to this mad fit of forestation that has now taken hold in the country before we cover the land with an impenetrable canopy of blue Spruce leaves. And September is as good a month as any to resolve to make Ireland green again.

Unfortunately, the rainbow warriors want the nation’s beleaguered farmers to give up beef and dairy production and cover the countryside with Sitka Spruce - with a few native broadleaves thrown in to relieve the monotony. The aim is to reduce our carbon emissions and let the trees absorb whatever carbon we can’t help producing. We have to change our diet, curb our carnivorous eating habits and grow more plant food. We’d be told to grow potatoes all over the land if it weren’t for the fact that we can buy them cheaper from Cyprus. Anyway, the Famine is still too raw in our race memory.

But the trees are my bugbear. The trouble with native broadleaves is that they are not as commercially viable as the foreign conifers and even the rainbow warriors have to acknowledge that farmers can’t live entirely on fresh air. The trouble with Sitka Spruce on the other hand is that it’s not as environmentally friendly as it’s made out to be and is now being seen as a major threat to native biodiversity. A herd of cows, apparently, would be far more amenable to nature.

We have a strange obsession with trees. We’re told we’re not planting enough trees compared to Sweden and Finland, and at the same time we’re being ordered to cut our native hedgerows to the butt and open up the views to tourists. Sweden has vast tracts of sparsely-populated mountain land that wouldn’t graze a snipe, not to talk of a herd of dairy cows and Finland has more bogs than we have. So maybe we shouldn’t be comparing their afforestation to ours or - considering our previous experience with the Vikings – suffering a latter day invasion of Spruce trees.

As I said, I love trees, but I’d hate to live in a wood. I lived near a native broadleaf wood once which surrounded the Kilboy estate of Lord Dunalley, and it filled my childhood days with all kinds of fears, misgivings and gloom. Because of an inevitable culture clash with the owner, everything about that wood was alien then apart from the leaves which were all native. I thought it was the jungle, and I was very disappointed to find years later that not only was it incredibly beautiful, but that it covered just a couple of acres of land. Now that’s my kind of forest.

Sure, there is gold in them thar’ trees, as well as natural carbon absorbers, but we should be careful about our tree planting ambitions. People, as distinct from tree-dwellers, still inhabit rural Ireland and none of them want to see their environment smothered with towering pines and the sun blocked out. Neither does whatever wildlife we have left. Anyway, we’re already suffering from a well-documented Vitamin D deficiency and we need all the sunlight we can get. Dare I say it, but maybe we need as much red meat as we can get as well, as the nights begin to close in.