Don't Mind Me: Save our language before it’s too late 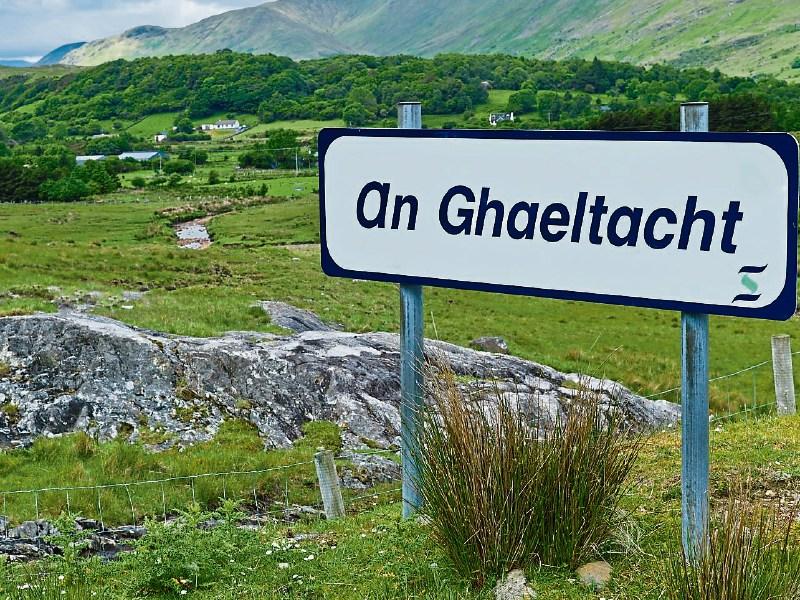 Patricia claims the Irish language belongs to something far greater than our insular national soul...it is a national treasure for decades

I’VE just done an about turn on the restoration of the Irish language. I won’t call it a U-turn because that smacks too much of political opportunism and I’m anything but politically savvy, as you all must realise by now. I just want to renounce my previous hostility to the language and put my dismal yo-yoing weight behind its preservation.

That isn’t to say that I want to learn it though. I spent 13 years trying that and all I have to show for my endeavours is an honour in Leaving Cert Irish 1965. But now, even the Queen and Barrack Obama speak the language better than I do.

What I want, if you don’t mind, is to help save the Irish language from extinction. But if we don’t take that mission out of the hands of those who have been unintentionally trying to strangle it for a century or so, then it is surely doomed. The language belongs to all of us, not just to the few who have been forcing it down our throats like great dollops of castor oil. Swallow that, it’s good for you!

My own generation, unfortunately, was raised on castor oil which we were always spitting out. No wonder we can’t even figure out what’s good for us. We have to depend on a whole plethora of new generation ‘influencers’ to put us right.

There was quite a bit of uproar from the Irish Brigade recently when Minister Joe McHugh announced that children with special needs would no longer have to pay a fortune to a psychologist to obtain an exemption from having to study Irish at school. Anyone would think the soul of the nation was doomed, the way some of them reacted. But now it seems that it will be up to each principal and their trained special needs co-ordinators to determine if a child should or shouldn’t be given an exemption. That, as far as I can see, has the potential to produce an even greater threat to the language, seeing that there is a shortage of trained special needs co-ordinators at the moment, while qualified teachers of Irish are becoming as scarce as hen’s teeth.

The solution is obvious. Take the compulsion out of the picture and see if the innate contrarian in the Milesian race won’t react as it always does and start clamouring for Irish classes for everyone, regardless of age, class or ability. Take it easy though, or I’ll have a hard time battling the tide.

But why, you may ask, have I suddenly become so concerned about the survival of the language. I wasn’t exactly its greatest fan over the years. It’s because I’ve just realised, after reading Peter Beresford Ellis’s “The Celtic Empire” that the language does not just belong to us. It is just as pertinent to a whole swathe of the European Continent stretching from Ireland in the west to Turkey in the east, and from Belgium in the north to Italy and Spain in the south, and to every land in between that once experienced the rich culture and advanced civilisation of the Celtic tribes. In other words, we didn’t invent it, even if we did polish it up before trying to polish it off.

We were the Goidelic speaking Celts who arrived here from Spain, give or take, 3,000 years ago wiping out the previous inhabitants, the De Danaan and the Fir Bolgs while silencing their tongues. Our language, which is but a branch of Celtic speak, is now recognised as the third oldest written language in Europe, after Greek and Latin. What makes it great is not that it evolved here on this Island, but that it was once part of a culture that left a profound and colourful footprint on the Continent and made a unique contribution to European civilisation. Why didn’t they teach us that in Leaving Cert Irish? Come to think of it, why did they abandon ‘Star na Gaeilge’ in the Leaving Cert a few years ago and replace it with trendy and supposedly more relevant Irish tales about young drug takers and pregnant schoolgirls?

The thing is, the descendants of the ancient Celts are now confined to a few countries. Their languages, cultures and histories are all but lost. Mr Berresford Eliis says the Celts could easily plunge into ‘the abyss of lost civilisations’ standing as they do now on the very edge of that bleak future. So let’s save the language then and reassert Celtic heritage. But we’ll have to stop being so possessive about it and we’ll certainly have to be less dogmatic about its place in education. The language belongs to something far greater than our insular national soul. It is part of the stirring story of mankind’s evolution, involving whole nations, and maybe now the only way to ensure its survival is to loosen the grasp and put it back in that context again.

But the language doesn’t just belong to us, despite the fact that we have been jealously guarding it as a national treasure for decades.