Don't Mind Me: How I was infected by the hurling bug? 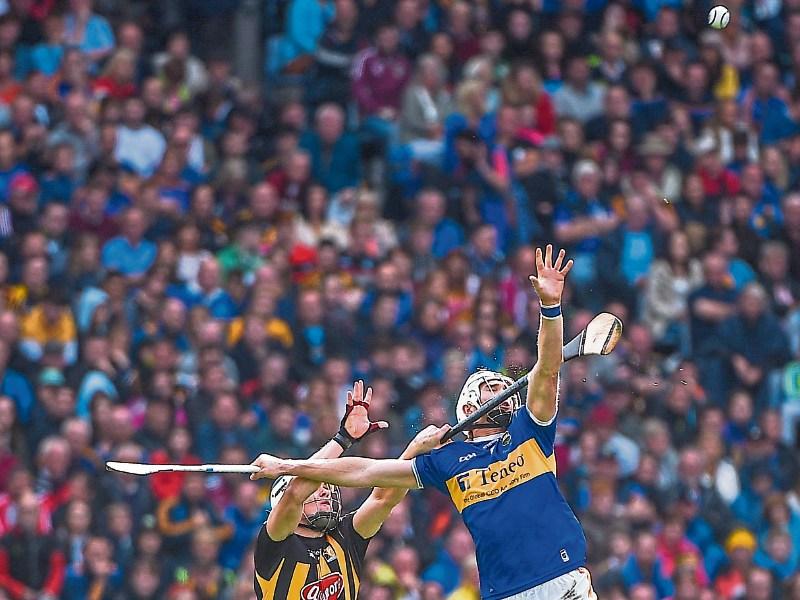 Sunday's All-Ireland may not go down as a classic, but Patricia still appreciates the world's fastest field sport

I DON’T believe it! I’ve caught the fever. With all my carefully cultivated indifference to the hurling championship over the years, I thought I was immune. Now I’ve come down with a bad dose of what Yeats called “passionate intensity”. It’s the eve of Waterloo, as I write, and the temperature and the expectancy is soaring, but by the time you read this I may well be polishing off the humble pie, topped with a massive dollop of deflation. Don’t mention the war!

Deadlines, especially in the silly season, are the bane of any newspaper columnist. It takes a special skill to unravel the time warp and keep the comment topical at all costs. I’ve never been known to come up with a single accurate prediction in my life, so I don’t know why I’m even writing about the All Ireland in advance, for consumption after the event. So let me just stick with the pre-match giddiness in which I have been unconsciously swept up and which has me acting completely out of character, especially for my age. I’d hang a flag from the tree by the road, only it might be seen as an affront to my Limerick, Kilkenny and Galway neighbours.

My Limerick readers will know all about it from last year’s heroics. The atmosphere before, and after, the match was euphoric, so much so that normally sane people took leave of their senses. I have still to see the ‘after’ but I can imagine it. The fever lifts you up, takes over your soul, and transports you to the heavens or the realms of fantasia, whichever you fancy. Before you know it, you are hallucinating. But enthusiastic and all as I have suddenly become, I wouldn’t dream of parting with €90 for a stand ticket to watch the All-Ireland hurling final live. This is too high a price, even for my soul.

But boy, am I glad that we’re not facing Limerick this Sunday. I’d be pulverised altogether by passion and torn, not in half now mind you, but in nine tenths and one tenth, having left a bit of my heart on the other side of the border when I left a decade ago. Different time zone or otherwise, I don’t think I’d ever be able to lift my head above the parapet again – win or lose. Intensity is a terrible thing.

It must be in the blood after all, this hurling bug, although how it got there I have no idea. But then I have no idea either how my unfortunate partiality for a nice Bordeaux grape got into the blood, because it was far from Bordeaux grapes I was reared. There is no great hurling tradition in my family. We were more inclined towards faction fighting on one side, and cricket on the other. Certainly, I was raised beside a hurling field – the very field in Dolla where Jason Forde would hone his skills decades later - but it didn’t do anything at all for me. I was reduced to having to run off with the sliotar once when I was ten because, being a girl, nobody would even let me have a puck of the ball. Even in retrospect, it makes me feel like Boadicea. No matter where I went in life afterwards, I would never be that brave again.

This largely unsolicited passion for hurling – if it isn’t entirely inspired by race memories of tribal warfare - must have something to do with a sense of place, neighbourly connections and a feeling of belonging. I suppose, at the end of the day, that is about as much as any of us can ever hope to know about life – that we were born some place and that we asked our leading questions there, as Kate O’Brien once said about her native Limerick city. It certainly has nothing to do with the legends and myths created by the GAA to add a divine dimension to the €90 a head Titanic clash. Try as I might, I can’t for the life of me, picture God as a hurler.

However, I can still see the neighbours of my youth and the landscape that moulded and inspired us and I know that my loyalties lie there. But whether I’ll be mopping my brow in relief, dancing at the cross roads with joy or brushing away my tears in an unexpected fit of tribal misery in the wake of the All-Ireland final, doesn’t really matter. I’ve been swept off my feet and the feeling was delightful. But the fever will have passed and the hallucinations will be gone and nothing much will have changed in my life, except maybe my roots will be replenished and the long winter ahead will look either brighter or more daunting, depending on the outcome.