Don't Mind Me: We could do with a nice drop of rain 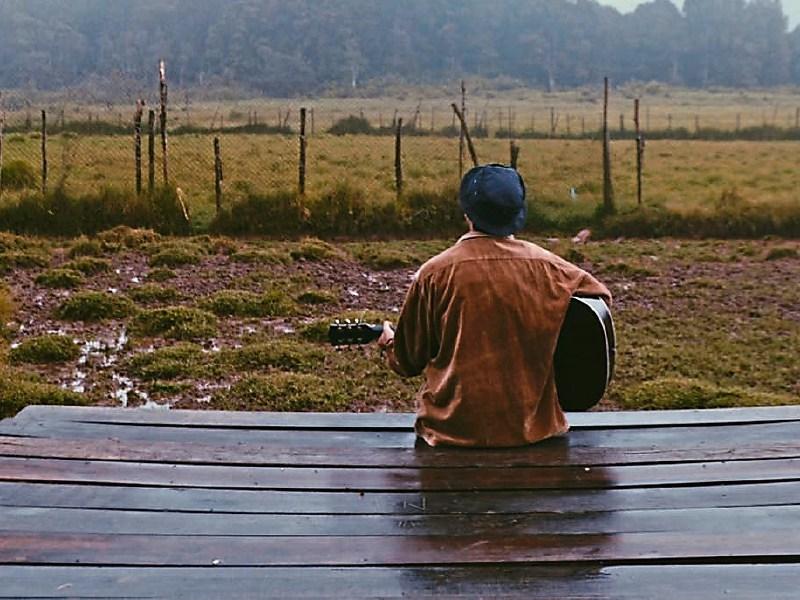 ‘A dry spring and a wet May, fills the haggard with corn and hay'

THERE’S a bit of a drizzle outside as I write and everyone around me is acting as if the sky is falling in on him or her. “The summer is gone,” they’re moaning. What’s bothering me, however, is the grim prospect of another drought, and this patchy rain is doing nothing to assuage my dread.

Certainly, anytime there’s a climatic challenge looming, I tend to descend into a full-blown panic. But memories of last year’s heatwave - when the well dried up and I was forced to sit for hours every day under the shade of a large sycamore tree, gasping for air and swatting dragon flies with my fan - are assailing my thoughts. So I decided I’d share them with you, before you all start worshipping Apollo, while giving the two fingers to the rain gods.

It was all lovely until one day last week, when I realised that the early morning May dew - in which young women once washed their faces to enhance their complexions - hadn’t even appeared this year. Then one day, I saw, with my own two eyes, a farmer feeling the grass. He was looking for lushness, he told me, and by the looks of things he wasn’t finding it - although he was knee-deep in growth at the time.

“We need a drop of rain,” he told me. I knew it! I had already felt it in my bones. What I thought was election fever was actually the early stages of drought.

Wishing for rain, however, was not an option. Saying it out loud is as politically incorrect in this clime as trying to make a silk purse out of a sow’s ear. What about the sensibilities of the sow, for heaven’s sake?

No-one in their right mind, living on a normally windswept, rain lashed island, would wish for rain, I was told – at least not after just a couple of weeks of pleasant sunshine. Be careful what you wish for, they said, you’ll get enough of it yet. No-one gave a toss about the other old proverb “a dry spring and a wet May, fills the haggard with corn and hay.” Farming weather is no longer sacrosanct.

All week long, as the sun shone down – well not exactly beat down as it did on Steinbeck’s God forsaken Salina’s Valley – I flatly refused to indulge in the usual friendly weather pleasantries. “Lovely day, isn’t it?” someone might say on the street. “Yes, but we could do with a bit of rain,” I’d respond. “Oh God, don’t say that,” they’d howl, before putting as much distance as they could between us.

Rain became the great unmentionable as the days progressed, with nothing but a weak front on the horizon and just a wisp of a cloud scurrying by now and then. Anyone wishing for rain kept their hopes and aspirations to themselves. An agricultural advisor, writing in a national paper, put her head above the parapet and timidly said: “whisper it: we need a dash of rain.” The rain gods can’t have been very impressed!

It was like that last year too, if I remember correctly. We basked in glorious sunshine day after day, and the more inane among us muttered from our deck-chairs: ‘if this is climate change, then it’s not such a bad thing’ - until the reservoirs almost ran dry and the water table sank lower and lower and eventually people couldn’t even sprinkle their lawns, not to talk of washing their cars, without being reported for anti-social behaviour. People have short memories!

But that was in June and July, you may say. Yes, but it all started with a dryer than usual month of May. I know this, because the May dew failed to materialise last year too, not that I, myself, make use of it anymore. Even the May dew has its limitations!

Admittedly, I’m a bit of an alarmist, but there were times last summer when I thought the Emerald Isle would have to be re-named the Dust Bowl. There were times when people weren’t sure anymore if water was a human right. Now, there are ominous signs everywhere of another dry summer. Drains and small streams have already dried up; the May bush is blooming in profusion across the landscape and to cap it all, the oak came into leaf before the ash this year, which, according to folklore, means that the best we can hope for weather-wise is a little dash - like the current drizzle.

Meanwhile, I’m going to put my neck on the block - maybe even forfeit my place on the Ark – and say aloud that a couple of good, old-fashioned summer downpours of the kind that once defined us would be very welcome.