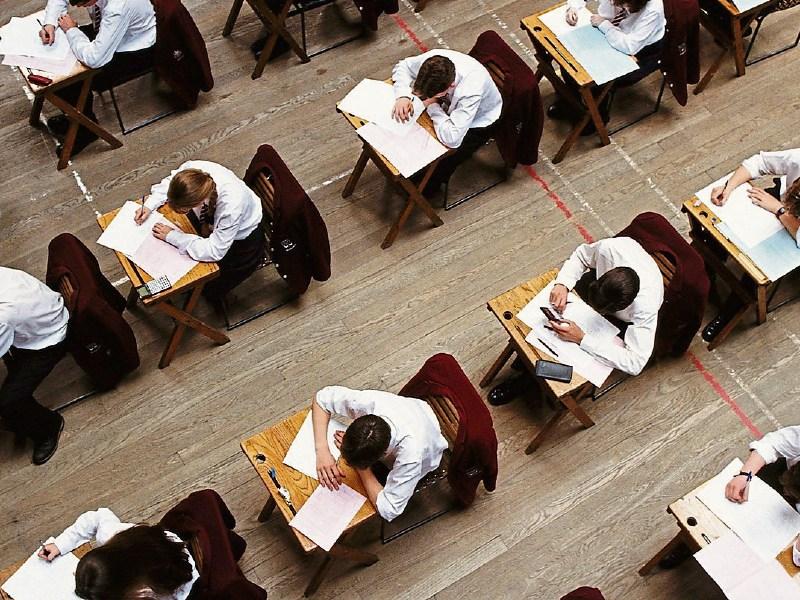 Don't freak out: The Leaving Cert is just over a week away

HUSH! There’s a tension in the air these days and it has nothing at all to do with the elections. It’s the cursed Leaving Cert, doh! Now we, in the media, are not supposed to even mention the word for fear of sparking off a fit of mass hysteria among the more fragile generation.

I refuse to call them snowflakes out of respect and also because of my crippling snow phobia. As well as that, I don’t want to bring fire and brimstone down on my own head – again. Nevertheless, the atmospheric pressure is getting to me. I can’t even smell the roses, not to talk of the coffee.

Admittedly, belonging as I do to the laid back generation - when the Leaving Cert didn’t even feature in the lives of most of my peers - I’m not in any position to be able to assess the stresses and strains facing young people today. I’m sure I’d have melted away long ago if I had been in their shoes.

The Leaving Cert, however, is just over a week away and since it has spawned such an array of new industries from psychology to grinds, I can’t see why the media has to pretend it isn’t happening. God knows, there are enough people out there pontificating about the exam, so I don’t see why the media has to be scapegoated for the pressure. The media didn’t create the pressure, although it certainly benefited from it. The other participants in the race, including the students themselves, were the ones who turned up the switch, influenced no doubt by an admirable ambition and an overwhelming regard for education. I blame the hedge schools myself!

The trouble is that all this reverence for education is not really as altruistic as it sounds. The class of 2019 - who are nothing if not honest - would be the first to admit that their sights are set, not so much on aesthetic scholarship and learning, as on the careers and jobs that will guarantee them the best financial returns and the best quality of life afterwards – although the two don’t always go together. No wonder they’re under such stress!

The media, on the other, is quick enough to assume the mantle of guilt and is now very wary of ‘making too much of the Leaving Cert’, as they say. Some columnists go to great lengths to try and ameliorate the stress, like telling the candidates that the Leaving Cert doesn’t matter in the grand scheme of things. Some go so far as to give examples of their own paltry results or the F grades obtained back in 1965 by some multi-millionaire or person of great fame and renown, to show that you can still make it in life without a great Leaving Cert. This, in my opinion, is a bit disingenuous. Unless you were born under a lucky star, are a late bloomer or possess the neck and the drive of Napoleon, you’d be best advised to treat the Leaving Cert respectfully as the springboard to better things. At the moment, it’s all you have.

Young people are more resilient than we think. The snowflake idea was all ours. The Leaving Cert is a momentous event in their lives and momentous events always bring their own pressures and test of mettle. The candidates know this, and when it’s over they’ll be discoing through the night before heading off to Ibiza and other sunny spots to release all the pent-up stresses involved in the biggest endeavour in their lives so far. The media, despite being guilt-stricken, will, as usual, devote pages and countless column inches to the whole extravaganza. The results will be publicly analysed down to the smallest detail. But would we have it otherwise? Would the students have it otherwise?

I think they’d be miffed if we ignored this challenging rite of passage. But for better or worse, we have all taken possession of the Leaving Cert – even those of us who have never been there, and those of us who have and now wish we hadn’t been so laid back about it. A bit of pressure wouldn’t have done some of us any harm at all.

At the end of the day, pressure and stress will be very much a part of their lives for most of the students who sit down to that first Leaving Cert paper on June 5. I was a bit bemused to learn during the week that a couple of young veterinary students who obviously, and admirably, had conquered all the daunting challenges of the Leaving Cert, had run away, crying, from a stint of mandatory work experience on a farm – because they couldn’t take the stress of someone shouting at the pigs. Life has bigger challenges than the Leaving Cert for the class of 2019, but maybe I shouldn’t be highlighting that until they have returned from Ibiza!