Don't Mind Me: Hang it up - this is a phone-free zone addict 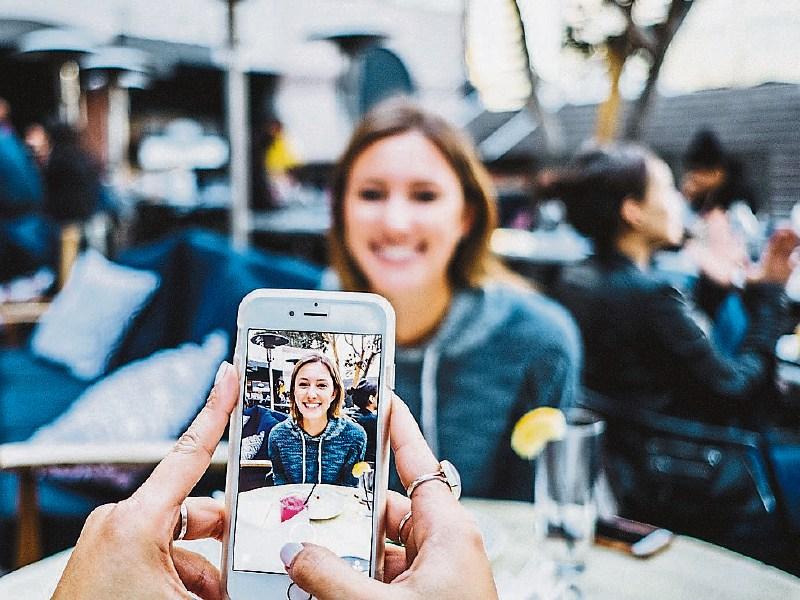 Phone addiction - there should be an app for that

CONGRATULATIONS this week to the Meath GAA club that made quite a radical decision to ban mobile phones from the side lines, and force parents, who bring their offspring to matches and training sessions, to actually watch the kids perform and maybe even cheer them on. The ban should be extended nationwide.

It’s hard to believe, though, that the decision had to be taken in the first place. Parents used to be too absorbed in their kids’ performances on the playing field and sometimes a bit over-enthusiastic. There’s no happy medium, apparently.

Personally, I think the phone ban should apply in all public spaces. If people want to stare at their mobile phones all day and ignore their fellow humans, with the resultant discourtesies and lack of friendliness involved, they should stay at home in a darkened room and indulge their anti-social habits to their hearts’ content. They certainly shouldn’t be allowed on the streets to cause even more widespread contagion that could threaten the future of mankind. Am I being over-dramatic?

The trouble is that most of us are now in the throes of an insidious technological addiction, wandering zombie-like through our days, with mobile phones attached like life-support machines to our persons? There’s an app for everything, they say. It’s uncanny, to say the least, and downright uncivil. The only thing that polite society demands now is a phone, a scrawling thumb and ear plugs to block out human interference. My biggest fear, however, is that I might collapse in the street some day or be run over by a bus and nobody would even notice, so concentrated have people become on their mobile phones. My other fear, naturally, is that the practice could interfere with evolution and cause future generations to grow technological appendages.

The really scary thing is that if the addiction has become so established that normally proud and even over-enthusiastic parents can’t break off for an hour or two and focus on watching their children perform and achieve, then, I fear we’re all in dire need of a radical phone detox programme. The withdrawal will be painful, as the Meath parents will no doubt discover, but the alternative is really frightening. If they can’t avert their eyes long enough to watch their children play a match, how are they ever going to keep an eye on them in more challenging situations?

The establishment of phone-free zones in places frequented by the public would be a start, certainly, but I fear that more drastic measures are called for. I’d be afraid, for instance, that the smoking ban arrangements in pubs would be reversed and the phone-free zones would be located out the back open to the elements and the nicotine fumes, and I’d feel very isolated. No, addicts are going to have to be disconnected from their mobiles and reintroduced to normal communications. Being glued to a phone in public, without remit, should be regarded as nothing short of anti-social behaviour.

Maybe, while they’re at it, incessant ‘selfie’ taking should also be frowned upon. The habit is making fools of us and turning us into a state of utter narcissism. I’ll be damned if we haven’t fallen hopelessly in love with ourselves at this stage. I nearly got hooked myself, despite my Luddite propensities. I took my first real ‘selfie’ last week in front of the magnificent St Stephen’s Cathedral in Vienna. It was a kind of a reflex reaction to the thousands of visitors milling around the square who were doing exactly the same thing on a brilliantly sunny day. It had nothing at all to do with a sudden streak of narcissism surfacing from the depths of my soul in the shadow of one of Europe’s most inspiring and most historic architectural wonders.

In times past, of course, I’d have simply taken a photograph without imposing my own image on the magnificence of the building – or I’d have just sent a postcard home saying ‘wish you were here’. The ‘selfie’, unfortunately, did nothing at all for my self-esteem.

The spire of the Cathedral was missing from the picture and there was a gargoyle of a dragon where my smiling visage was supposed to have appeared.

Focusing was never really my strong point and anyway this lofty edifice was just too much of a challenge for an amateur ‘selfie’ snapper with a touch of blood pressure and a general, and sometimes unwarranted, distaste for technological advances.