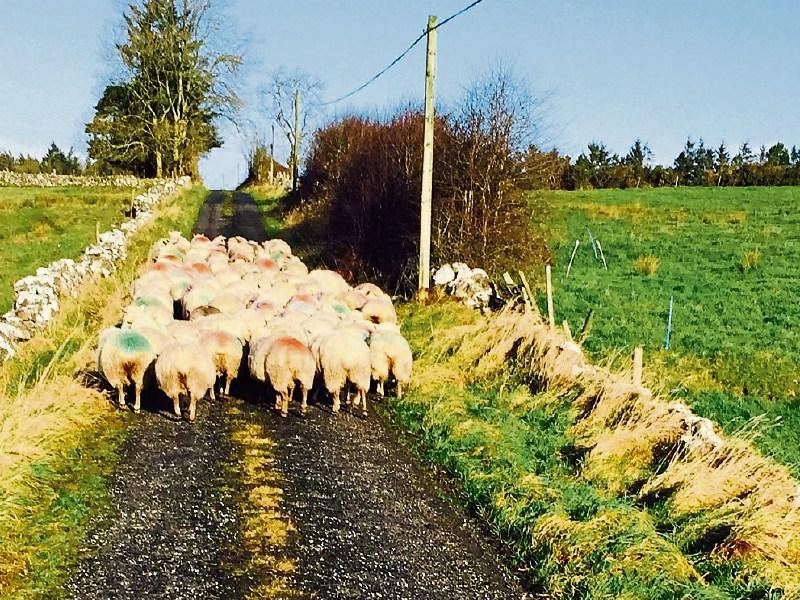 Lip service to the culchies: A lot of people want to talk about the decline in rural Ireland but no one is offering any real solutions

RURAL Ireland is alive and kicking to judge by the plethora of election posters already dotting the severely cropped landscape. Candidates are hard put to find a tree or a bush anywhere to hang their air-brushed images and there isn’t even a broadband pole to support a miniature portrait. But not to worry, they are an inventive lot and have managed to suddenly appear everywhere.

For all that, Rural Affairs Minister, Michael Ring, appears to have been severely stung in an attack by the redoubtable, Pat Spillane, over the dire state of rural Ireland. Whether the attack was justified or not, I certainly do think the minister should have been given an opportunity to respond on the spot. There’s nothing I like better than a good fight but there’s nothing more frustrating than a one-sided attack, especially if it is designed to rouse the rabble.

The trouble is that the plight of rural Ireland has become a metaphor for Government failures, economic disasters, gaping potholes, boarded-up shop windows, empty post offices and derelict garda stations, as well as a handy weapon for rabble rousing. I’d be tempted to say that you can’t see the wood for the trees if it weren’t for the fact that the country is denuded of trees and ditches at the moment after a mad spate of hedge-cutting. The wandering Aongas would have to travel far these days to find anything resembling a hazel wood.

But however much I regret the demise of rural Ireland I once knew, I can’t stand the lamentations of those who couldn’t put enough space between themselves and that world, but who think that the renewal of towns and villages with fancy footpaths and gaudy cherry blossoms and a dependable connection to the outside world, should enliven the heartland. I think it will take a bit more than that to get the heart of old Ireland beating again. It might even take the Plantation of Munster, Phase 2.

But it wasn’t the absence of fancy footpaths that made people abandon the village store in the first place. We fell in love with the nearest supermarket when shopping became an indulgence rather than a matter of subsistence. Before we knew it we were forced into bulk buying, profligacy and waste. The village store couldn’t even contain our consumer ambitions.

I went for a drive over Easter down country roads I hadn’t travelled in over 30 years and I was gobsmacked at the sights that met my eye. As an old neighbour once used to say, ‘twould take the sight out of your eyes’. Not since the Anglo-Normans embarked on a spate of castle building across the Irish landscape 850 years ago have there been so many mansions dotting the countryside. If rural Ireland is dying or dead, then it is going out in some style and grandeur.

Of course, there is a sense of tragedy over it all, a tangible feeling of loss. Something is missing and I think it is the old sense of neighbourliness, loyalty and open door hospitality that once defined the countryside. Most of the houses I passed are guarded by high stone walls and electronic gates and look more fortified than the old Norman castles. The half door is gone and the door is no longer on the latch.

No-one knows better than I do that the neighbourliness of the old rural Ireland wasn’t everything it was cracked up to be either. Begrudgery and even ill-will were rife – they were still practising pishoguery when I was a child. But there was always a feeling of inter-dependence; there was always a sense of bonding. Rural Ireland didn’t depend on hand-outs or grants, or great prosperity for that matter. It depended on people. We made our own future: now we want Michael Ring to do it for us.

The claim by Pat Spillane that €60 million assigned to projects in rural Ireland has gone unspent over the past two years – a claim incidentally denied by the Minister – is irrelevant in the larger scheme of things. If it has been spent, then maybe it could have been put to better use somewhere else. If we want to save rural Ireland we’ll have to find a new economic purpose for the countryside – now that agriculture is in such dire straits.

But basically, we’ll have to re-invent ourselves if we want the vibrancy re-ignited. We might even have to bring back the cuairdiacht if that’s what it takes to restore our faith in ourselves and our loyalties to each other.

Finally, nobody should be encouraged to put down roots in rural Ireland merely for the views, the space and the solitude. Maybe they should be actively discouraged. As for broadband!

Sure, it would help, but it’s actually the connectivity with the inside world that mostly needs to be restored right now.