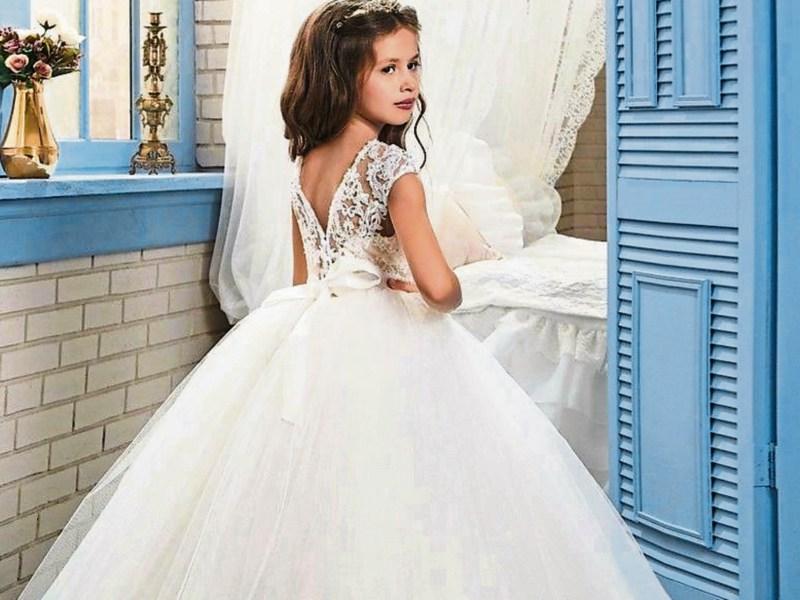 When did First Communions turn into an episode of Say Yes to the Dress?

HUMOUR is the safety valve of the nation, said that venerable but long extinct satiric publication ‘Dublin Opinion’. Well God help us if it still is, because whatever else we may have gained since we got to know ourselves properly, we’ve lost our safety valve. We take ourselves far too seriously now for the good of our health.

I say this as a kind of a shield against anyone who might take me too seriously when I write on the subject of First Communion dresses this week – an issue that now seems to be unduly taxing the mind of the entire nation.

People get worked up very easily, says I, after being shot down by an eco-warrior last week for daring to harbour the notion that Brussels might be in league with the anti-meat consumption campaign in order to reduce the cost of the single payment. As if! Best keep my tongue out of my cheek from now on, eh?

On the subject of First Communion dresses, let me say I’m all for the fripperies if that’s what it takes to make a little girl and her mother happy. So long, I hasten to add, as the ostentation doesn’t endanger the planet. I have no photograph of my own First Communion and I have no memory whatsoever of the dress. It can’t have been too showy because we didn’t have much money and the country was then going through a severe post-war austerity that lasted right into the 1960s. All I know for sure is that the dress wasn’t made originally from a flour bag but it did metamorphose into sackcloth on the day.

I had gotten hold of a scissors the evening before and chopped off my fair shoulder length tresses in an attempt to increase my allure. My mother had gone to town for a few last minute bits and pieces, and my father got such a shock when he saw me that he rushed me to the local barber who was wielding something like a sheep shears when we arrived. The fact that he was also slightly inebriated only succeeded in adding insult to injury. There was no photo and certainly no bouncy castle for me. I wasn’t even sure if I was worthy to receive the Eucharist, not having had time to confess the sin to a priest. On top of all that, I carried a bunch of flowers – designed, I presume, to distract attention from my head but which only served to increase my discomfiture. The flowers had come from a Protestant garden. Suffice it to say that the whole sorry episode was buried deep in my psyche for decades afterwards and the dress was the least of my worries.

No wonder then that I feel a bit nonplussed by the current First Communion dress controversy. I think it’s downright ridiculous to be taking a little girl to a boutique sitting, accompanied by an entourage of close family relations and friends, and waiting expectantly for her to finally say ‘yes’ to the dress like a bridezilla on the telly. Surely that’s too much power for any eight-year old to have to handle? It can be only a matter of time before she won’t say yes to anything unless it’s an off the shoulder, figure hugging, slit to the waist number in bling, costing several thousand euros. Then we’ll really have something to worry about.

On the other hand, I think there’s an awful lot of snobbery involved in First Communion fashion with half the population looking down their dignified noses at the ostentatious other half who insist on overwhelming the innocence of childhood in gaudy extravagance, while inadvertently creating an under-age ‘me’ generation. At the end of the day, however, the dress is only a piece of gauze; it’s the statement that bothers me, or to be more precise, why anybody thinks they need to make a First Communion fashion statement on a sacred occasion.

We’re currently going through a giddy stage of economic recovery, so making a holy show of ourselves is natural. But just as soon as boutique shopping for ‘yes to the dress’ Communion dresses becomes common place and every Tom, Dick and Harry is doing it, mark my words, you’ll see a sudden reversion to simple, inexpensive dresses –maybe not made from a flour bag – but muslin perhaps. Understatement will once again be the order of the day, courtesy of those who regard themselves as the ultimate arbiters of fashion. But when that day comes, I hope they’ll also abandon the idiotic fake tan and fake eyelashes for First Communion. I’d have looked a sight altogether if they had been around in my day.