Don't Mind Me: Parking, parking everywhere but not a space for me? 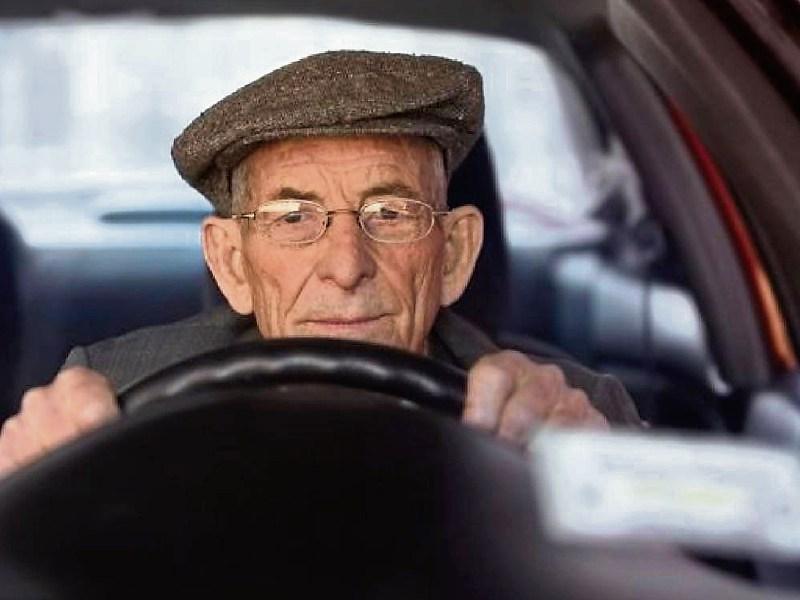 Gorey, in Wexford, has become one the first towns in Ireland to designate a number of parking spaces as ‘age-friendly’ parking

LAST week, I heard somebody on the radio calling for the provision of special parking slots for elderly drivers. About time, I said. But why didn’t I think of the idea myself?

I’m always looking for something to rant about and there it was staring me straight in the face every time I drove frantically around a parking lot looking for a spot that wasn’t too daunting or too far away from where I was going.

I’ll tell you why it didn’t dawn on me before. If I had ever dared to suggest special parking for the elderly, they’d say I was spatially challenged, mechanically inept and a menace on the roads. I’d probably have to re-sit the driving test that took me nearly 20 years – but only two attempts, mind you - to conquer first time around. And all because I have more than a few grey hairs and half a million wrinkles!

Ironically, the grey hairs and the furrowed brow have nothing at all to do with my driving or my parking. I was always like this.

Anyway, the man who raised the issue should have been safe from such opprobrium. He made it clear that he was making the plea, not for himself, but on behalf of his elderly mother who could no longer go to town because she couldn’t find a suitable parking spot. Nevertheless, he was nearly swallowed whole and entire by a section of the listenership, half of whom felt that anyone over 65 should have to sit a driving test every year, with compulsory parallel parking included, before being awarded a license. And even then they shouldn’t be allowed on the motorway. But it’s all right to send them up several dizzying floors of a multi-storey car park or a couple of miles out the road, which defeats the purpose of taking the car in the first place.

The other half of the listenership claimed that it was downright ageist to be suggesting default- parking services for the elderly. An insult, some of them called it. Okay, so there are some elderly folk who can park on the back of a sixpence or jog merrily in from the outskirts, but I’m certainly not one of those. I find parking very claustrophobic and often thought of putting a ‘contaminated’ sign on the car, so that nobody would park beside me.

Now, disabled drivers are accommodated, and quite rightly, close to centres of activity and adjacent to the main door of shopping centres and supermarkets. So why aren’t elderly drivers - some of whom are likely to have ambulatory problems - treated with the same consideration? Surely they deserve the same treatment as a mother and toddler, who at the end of the day might well be more mobile than an arthritic granny.

I, myself, would love to see specially designated parking places on streets, in shopping centres and in hospital grounds for elderly people – all preferably free of charge. Is that too much to ask, seeing that we were the ones who made the country for the rest of you? Don’t I just love saying that, even though I have no recollection of ever having made a country for anyone?

By the same token, I think it’s time the HSE took over the provision of parking facilities on the grounds of public hospitals. They’d make a mint out of it and hopefully they might make it more humane. I’ve had occasion during the week to use the Regional Hospital car parks every day, and I felt so intimidated that I’ve been in therapy since. On one occasion I met a car driven, by a young man, coming down the same lane as I was going up. I thought it was me, being old and grey and all that, but it turned out that he was in the wrong and had to reverse. The very next day, I went to the underground pay machine to find that I owed eight euro. “Coins only, please, sorry for the inconvenience” read a sign on the machine.

I then had to run through the maze of corridors in the new wing frantically looking for the change of a tenner. By the time I got back I owed nine euro. Even when the barrier finally rose for me at the exit, I still didn’t feel safe, and I sped away thinking that at any minute I might be shot by a sniper.

And all because nobody had the courtesy to provide a few convenient parking spaces for grannies and grand-dads near the door!