Don't Mind Me: The deadline for panic is very nigh 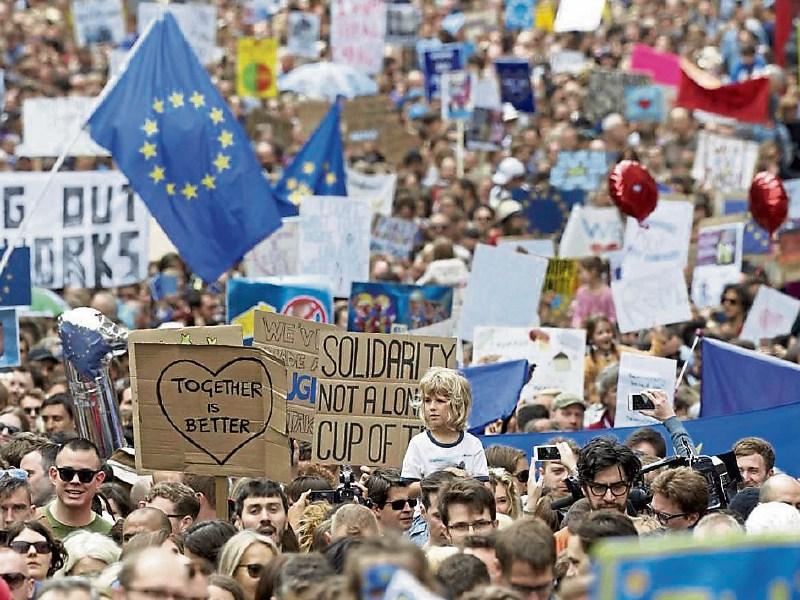 After two-and-half years is it time to start panicking about Brexit?

PANIC is a terrible thing when it gets a hold of you. And there’s nothing more likely to induce a mad fit of panic than a looming deadline.

I’ve lived with deadlines all my working life and, despite what various editors might say, rarely did I miss one – apart from the first one. That was in my first week as a reporter in a local newspaper. I had spent the entire week working on the one article, refining it, polishing it, revising it, what have you, until suddenly on Thursday afternoon I heard the first mighty growls of the Printing Press starting up somewhere in the bowels of the premises, without me. Stopping only to add another couple of unnecessary commas, I ran down the stairs frantically waving my ‘copy’ and shouting “hold it”. The printers thought I had got stuck in the accelerating machinery.

I soon learnt, however, to ignore deadlines until they’re actually on top of you. It’s amazing what you can do when the mind is concentrated and the veins are swamped in torrents of adrenaline.

The Brexit deadline is a different thing altogether. At the moment it looks fluid and there is nothing that unnerves me more than a fluid deadline. Like a sailor without a compass or even a star in the sky, I’m lost without a definite deadline. Last week it was definitely looming and I felt, as I always do with only three shopping days to Christmas - that I’d better start stocking up. I remembered too how I felt as a child on that long ago June day in 1960, when I realised that the end of the world was only six days away and I hadn’t even gone to Confession.

To be honest, even though my husband is a beef farmer and I’m asked, now and again, to stand in a gap, I wasn’t really that concerned about Brexit until I realised this week that I might never be able to afford a Goji berry or a banana again, not to talk of a new outfit, if Britain crashed out of the EU - whenever. Worse still, my carrots might be hairier than usual after lengthier spells in storage and my Spanish York cabbage might well have expired from heart failure before it even went on display. Suddenly, the Famine is looming large and I’m thinking that maybe we might have to impose compulsory tillage again to feed the nation.

Younger people - especially those without any knowledge of the past – who think that coconuts and almonds can be ‘milked’ and that bread can be made from sawdust, have no appreciation of what I’m talking about. I’m not even sure that I know myself, because I was born after the Emergency and the Compulsory Tillage – but only just. There’s a ration book lodged somewhere in my psyche!

Call it panic or hysteria, if you like, but the only thing I have to guide me without the discipline of a looming deadline, is instinct and history. Who was the bright spark who removed history from the list of core subjects in the Junior Cert – just when its hand was upon us?

The farmers won’t like it. They didn’t like it either when Dev imposed the compulsory tillage order back in 1941 and made them plough a proportion of their land to keep starvation at bay, as Anglo-Irish relations plummeted to a new low and basic foodstuffs had to be rationed. In fairness to them, the tillage order was a bit of a pain in the butt then because they had to break their backs turning the sod with horse drawn ploughs, while the returns from the soil were pretty meagre compared to cattle and dairy farming. To add insult to injury, the farmers weren’t even trusted to do their duty and nearly 1,000 new inspectors had to be recruited and sent around the country to insure their compliance with the law.

To add even more insult, if that were possible, volunteers from the public service, the shops and the factories came out from the cities and towns to lend a hand with the harvest. How some of them survived the ensuing culture clash is a mystery.

Normally I wouldn’t be advocating such drastic action until the deadline was upon us, but I fear that for once we may have to prepare in advance. I’m not even sure if we remember how to sow a drill of potatoes or how to make brown bread from wheat we planted and milled ourselves.

We’ll have to grow sugar beet again to sweeten the palate, and re-open the local sugar factory. Time to get cracking!

How the EU might react to such a bid for self-sufficiency is anyone’s guess, but we can’t let the people starve, can we?