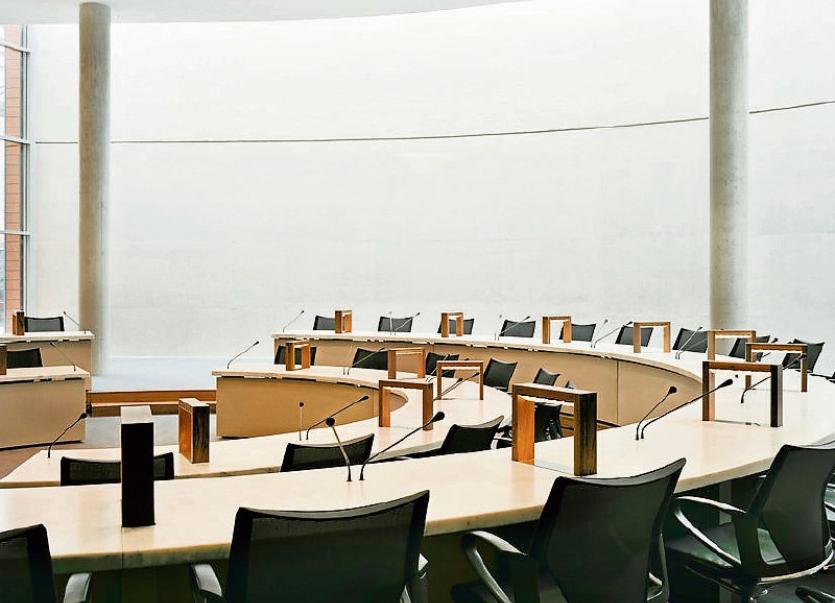 I’M all for the latest local government reform proposal announced last week, so long as it doesn’t send the property tax soaring or impact in any way on our territorial autonomy.

I mean who’s to say that the first executive Mayor of Limerick won’t want to make his or her mark by plundering the neighbours and confiscating our hurling fields?

Nevertheless, I have to admit directly elected mayors (DEMs) appear to be exactly what we need in this populist, personality-obsessed society. But for the life of me, I can’t see why there isn’t one for everyone in the audience.

Here in Tipperary, we’ve been playing second fiddle to metropolitan Ireland for too long and if neighbouring Limerick opts in May to be able to choose its own executive mayor from now on, then we may as well quit the orchestra altogether. We’ll be at a serious disadvantage when it comes to self-image, not to talk of self-promotion.

Some people, admittedly, couldn’t give a toss how their mayor is chosen. A lot of them would be hard put to even name him or her in the first place, but maybe that’s because they didn’t get a chance to pick him themselves. The Cabinet and Minister John Paul Phelan seem to think that, whatever about the potholes, we’d all engage more with local government if we could elect our own mayors. But those noble sentiments apply only to Dublin, Limerick, Cork, Galway and Waterford. The rest of us have a long way to go before we can even be considered for such advanced political manoeuvring.

The proposals, however, are not new. They’ve been in the pipeline for the last 20 years and since we haven’t kicked up a stink in the meantime, it looks as if we’re already in the slow lane. Dublin’s hopes of an executive mayor have already been put on hold because one County Council – Fingal – feared that a directly elected mayor would concentrate on the city and forget about the outskirts. What about us then, the people of rural Ireland who have been on the outskirts all our lives? Why can’t we have our own directly elected mayors?

I hear you. A directly elected mayor in every local authority area would break the country. What am I saying? It would break the country to even hold a plebiscite to find out if we really wanted one in the first place. The thing is, in the eyes of the Cabinet, our historic recalcitrance is not to be trusted. If we had our way, Michael Lowry would surely get the job – if he was interested.

And the Healy-Raes would be invested with the Kerry chain for as long as democracy lasts, and that, certainly, might be no bad thing for the Kingdom.

Meanwhile, as we all head for the polling booths in May to elect our local authority representatives for the next five years, the worthy citizens of our bigger cities will be asked if they would like to choose their own mayor. Dublin will have to wait for the decision of the Citizens’ Assembly – whoever they are. The rest of us will have to make do with leaders who emerge from the political machinations of the current system of indirect selection by the councillors we elect.

Does it matter, you may ask? Of course it does. The status is immense, and if John Paul Phelan isn’t careful, the new executive mayors of Dublin, Cork, Limerick, Waterford and Galway could yet be vying with Leo Varadker for prestige and honour. With our penchant for personality politics, we’d be made up. Hosting about 30 directly elected mayors wouldn’t be a bother to us.

Before the Norman invasion we had up to 185 kings in the country, each directly elected by his own personal Tuath.

I don’t know whether we can afford it or not, but if the new mayoral system helps to improve legitimacy, accountability and public engagement with local government, then maybe it will be worthwhile. But like pay parity in the public service it won’t work, if everyone isn’t treated equally and able to participate in the brave new world of directly elected executive mayors. It’s a five year job, apparently, so at least we’ll get a chance to get acquainted. By the way, I have no idea how a mayor can be impeached or kicked out if he or she proves unworthy, but that’s for another day.

On the other hand, maybe I’m being premature. Our worthy Metropolitans may yet decide in May that they don’t want to elect their own mayors after all.

They could well be of a mind to tell the Cabinet and John Paul that they have a surfeit of rulers already and the only way they could ever properly engage with local government would be if the puppet strings were loosened once and for all.