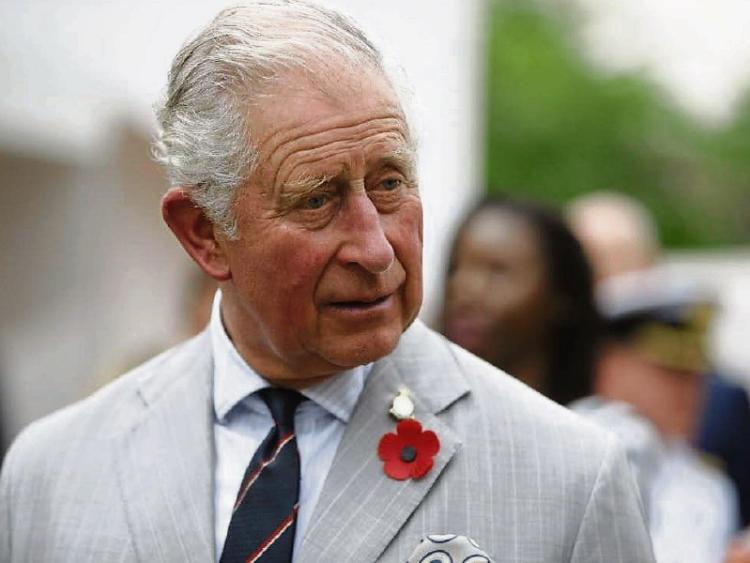 Prince Charles is about to turn 70 and if he were living here might soon be forced to resit his driving test, another example of our ageist society

CRIKEY! Prince Charles is 70 – more or less the same vintage as myself, but that’s beside the point.

The main thing is that the heir to the throne is waiting in joyful anticipation to fulfil his destiny, while some of us have left our destinies behind us. But if our young guns had their way, he’d be put off the road here or forced to do a driving test every year.

Grow old along with me; the best is yet to be . . . like hell it is! Growing old in this society is no walk in the park not to talk of a leisurely drive down the road. Moves are currently afoot to make all 70-year-olds take a driving test each year before being allowed to renew their driving licenses. If this isn’t ageism in overdrive, call me Davy.

The idea, supposedly, is to make the roads safer for reckless young speeding merchants who career around our highways with an air of entitlement mixed with arrogant invincibility. Now, I’m not saying that all young drivers are speed merchants, but I’ve never seen a 70-year-old speedster in my life.

Most of them, like Prince Charles, are the epitome of patience and they have more sense than to feel invincible at this stage of their lives.

According to statistics, older drivers are the safest drivers on the road and rarely cause an accident. Some of them have been driving since World War II came to an end and some never had to sit a driving test in their lives, having been on the roads long before tests were introduced. They generally have clean driving records, yet the sight of an elderly person behind the wheel of a car is often enough to provoke a fit of road rage in some.

The only way to cope with this kind of idiotic ageism is for us oldies to stop celebrating our longevity. Take your eyes off the sunset and take as many years off the birth cert as you can without breaking the law. Forego all tell-tale celebrations foisted upon you by well-meaning family members, such as 70th birthday parties, and fill the wrinkles with cement if that’s what it takes to keep the motorway patrollers at bay. Ignore active ageing groups in case they start including driving lessons on the programme. You can grow old and be active without being stereotyped. Above all don’t fall for the ‘growing old gracefully’ lark. That’s akin to throwing in the towel.

Prince Charles should also be aware that he is about to enter the danger zone for the latest social phenomenon both here and in Britain – the practice of granny-dumping. I’m sure it applies to granddads too. It happens mostly at Christmas when families want to go abroad for the holidays and consign the grandparents to hospitals and nursing homes. Happily the trend is not so noticeable here yet or the HSE would be blaming it for the yuletide pressure on hospital beds.

Older people still face a lot of discrimination here, mainly because they are treated as a generic group when they are anything but generic. The effects of ageing are very varied indeed depending on life experiences and genetic inheritance.

The most infuriating thing for us oldies however is the innuendo that suggests that not only are we a danger on the roads, but we’re also becoming a burden on society, particularly on the idiot HSE that really doesn’t do any kind of burdens very well.

We’re told that by 2030 there will be no less than a million people over the age of 65 in this country, a prospect that will place ‘enormous pressure’ on our limited resources. We can’t cope now, so what will it be like in a little over a decade, if someone doesn’t get overcome by road rage and call for a cull?

The bottom line is that all of a sudden, this has become no country for old men or old women. Sure we’ve just elected a President who is on the wrong side of 75, but old socialists don’t grow old – unlike some of us.

Peter Casey, to whom I gave my number one on the grounds of his ability to denounce the sectionalising of any group, let me down badly when he stated since that he ran for the Presidency on this occasion because he’d be too old in 14 years’ time.

As far as I’m concerned, nobody is ever too old to be President, or for that matter, to get behind the wheel of a car or to assume the crown.